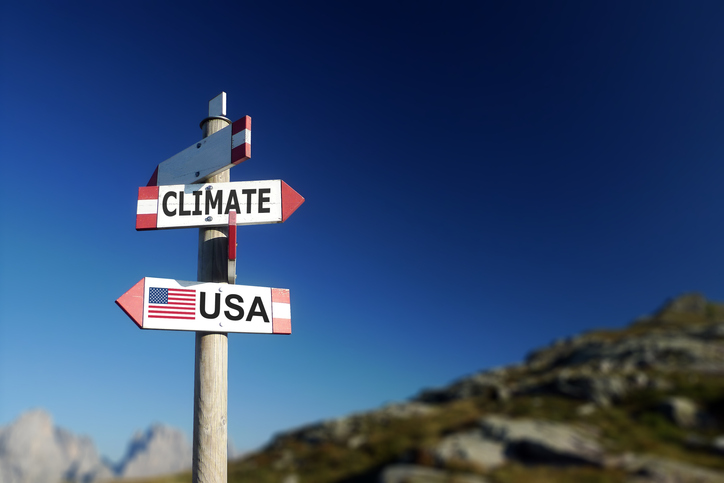 An interesting dichotomy is developing in how federal courts are determining the proper forum for climate change lawsuits, that is whether they should be heard in state or federal court. This question, while seemingly a technical matter of civil procedure, could be fundamental to whether current and future climate change suits will be successful or whether they will be heard at all. The technical issue at stake is preemption – whether federal issues are determinative of the matters raised in the climate change suit  – such that federal and not state court is the proper forum for the particular suit to be heard. In general, if you are a defendant energy company, you want a federal forum. If you are a plaintiff government entity, generally, you want a state forum.

There are two types of climate change lawsuits currently working their way through the courts:

The issue of preemption involves the government suits.

To date, 15 state, county, and city governments have filed lawsuits in both federal and state courts against fossil fuel producers.[1] The first eight government suits were filed in California in 2017 and early 2018 (cities of San Francisco, Oakland, Richmond, Imperial Beach, and Santa Cruz, and the counties of San Francisco, San Mateo, and Santa Cruz), followed quickly by New York City, the City of Boulder, Boulder County, and San Miguel County in Colorado,  King County Washington (Seattle), Rhode Island, and Baltimore.

Of this group, the San Francisco and Oakland suits were dismissed in June 2018, after the energy company defendants successfully removed them to federal court.[2] In contrast to the Oakland and San Francisco suits, after being removed to federal court, the remaining California cases were remanded back to California state court where they remain active.[3]. Each of the remaining cases — the City of Boulder, Boulder County, San Miguel County, King County Washington, Baltimore, and Rhode Island — have been removed to its respective federal court, with motions for remand filed in each case except for King County.

On June 10, 2019, the federal court in the Baltimore suit issued a detailed 46-page decision remanding the case back to the Circuit Court for Baltimore City, where it originally was filed. The key to the remand was the court’s finding that none of the counts in the underlying complaint, which were all based on Maryland law, were displaced by federal law. The defendant corporations had sought removal based on eight grounds, including assertions that Baltimore’s claims were governed by federal common law, were preempted by the Clean Air Act, and raised substantial issues of federal law that must be adjudicated in a deferral forum. As explained by the court, removal on the basis of federal question jurisdiction depends on whether the claim arises under federal law. A case arises under federal law:

These three situations are considered exceptions to the “well-pleaded complaint rule,” under which federal jurisdiction exists only when a federal question is presented “on the face of the plaintiff’s properly pleaded complaint.” In other words, if it is not clear on the face of the complaint that only federal jurisdiction exists for the pleaded issue, preemption of the state claim is not warranted. Federal issues still can be raised, but only as a defense to the state claim (ordinary preemption).

Applying this standard to the Baltimore complaint, the court found that none of the counts raised a purely federal issue that could not be addressed under the asserted state law, such that removal to federal court was not warranted. This contrasts with the remand decisions in the San Francisco and Oakland suits, where the court looked beyond the face of the complaints to issues of foreign policy and separation of powers, to deny remand. As stated by the Baltimore court, “[the San Francisco/Oakland] ruling “is at odds with the firmly established principle that ordinary preemption does not give rise to federal question jurisdiction.”

If the Ninth Circuit agrees with the reasoning in the Baltimore decision and remands the San Francisco and Oakland cases back to California state court, what appeared to be a powerful defensive strategy employed by the defendant energy companies against climate change suits might itself be “preempted,” giving new viability to current and future climate change suits.

[1] Current information on each of these cases, as well as links to important filings, can be found at www.climatecasechart.com/us-climate-change-litigation/. Links to the case dockets can be obtained through Law360.

[2] Notices of appeal were filed with the Ninth Circuit in the San Francisco and Oakland cases on August 24, 2018.