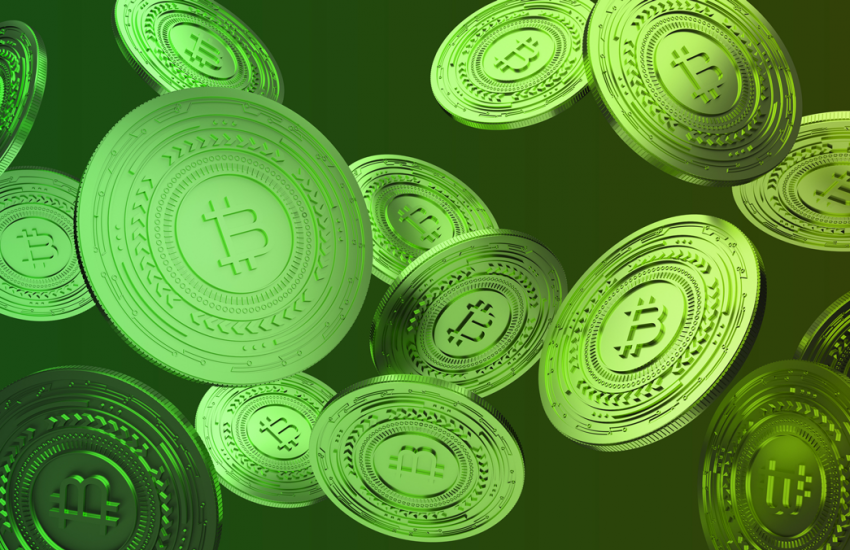 Although only 16% of Americans have personally invested in or exchanged cryptocurrencies, the ever-increasing use of this virtual currency in the U.S. will have very real ramifications for virtually all Americans. Arguably, the most consequential effect concerns the significant energy consumption required to mine cryptocurrencies, and its potential to act as a hindrance in the battle against climate change, as illustrated by a growing concern among several committees within the U.S. House of Representatives, as well as by an ongoing battle over a crypto-mining moratorium currently being considered in New York State.

Cryptocurrency—or, crypto—is a form of currency that exists solely in a digital form, and utilizes cryptography to secure transactions, as opposed to a central regulatory authority that traditional currencies use. Coding is used to store and transmit crypto data and transactions, reflected in digital wallets and a public-facing ledger called blockchain. Crypto units are created through a mining process that verifies and adds transactions to the blockchain of a designated currency, undertaken by individual (human) miners who use energy-intensive hardware to race to complete a complex set of math puzzles, with the crypto as their hoped-for winnings. When this activity employs a method referred to as “proof of work”—a method that better-known crypto such as Bitcoin or Ethereum use—it incentivizes the use of institutional mining to gain a competitive advantage which, in turn, expends an enormous amount of electricity, sourced primarily through fossil fuel. As only one example, the Bitcoin crypto network consumes roughly 120 terawatt hours of electricity annually—which is higher than the annual electricity consumption of most countries on Earth.

An increase in new crypto, and the resulting increase in power consumption through proof-of-work mining, has led to an ever-increasing list of countries that are outright banning crypto mining. China, the most salient example, was considered the crypto mining capital of the world until it banned mining in June 2021, citing the environmental impact of mining energy demand and the obstacle mining posed to China’s goal to reach carbon neutrality by 2060. Panicked, the crypto industry migrated to Kazakhstan, where the proof-of-work method quickly overwhelmed the country’s aging energy grid this past winter. Given the relative dearth of crypto regulation in the U.S. and a more reliable power grid, the U.S. has quickly become a crypto mining haven, with its global share of mining operations at 35% as of mid-2021, compared to just 4% in 2019.

Some federal lawmakers have taken notice of this burgeoning industry, however, particularly due to its environmental effects. For instance, multiple House committees, including Energy, held a hearing, “Cleaning Up Cryptocurrency: The Energy Impacts of Blockchains,” on January 20, 2022. The hearing focused primarily on the amounts of energy used to generate proof-of-work crypto mining. Overall, although the five industry experts who testified during the hearing argued that supporting crypto mining in the U.S. would arguably further accelerate the transition to renewable energy sources and could even stabilize electrical grids, all conceded that expanding crypto transmission operations would require substantial collaboration and coordination, including with regulatory or governmental bodies. Ironically, that defeats the animating purpose of crypto, which is to avoid centralized regulatory oversight. Congressional Democrats followed up with letters to the biggest crypto companies, expressing their concern over exceptionally high energy use for mining and requesting that the companies provide Congress information concerning their respective mining operations, energy consumption, and potential effects on the climate and environment, as well as on electricity costs of Americans.

We can see the interplay of citizen concerns for environmental impact and the desire to be home to a potentially lucrative industry on a more local level in New York State, perhaps all the more fitting given the state’s association with financial markets on Wall Street and more traditional currency exchanges. Crypto companies from all over the country have spent millions of dollars to convince Albany to craft legislation in order to make it the crypto capital of the U.S., a concept that many New York lawmakers find particularly appealing as a way to boost a local economy still hurting from the economic effects stemming from the COVID-19 pandemic.

However, New York State has also begun zeroing in on the energy consumption required to nurture a crypto mining industry into being. For instance, a former coal-power plant—Greenidge—was purchased by a private equity firm and converted into a natural-gas-burning plant, and by 2020, became a round-the-clock bitcoin-mining factory, sending its greenhouse gas emissions off the charts. When the plant recently applied to renew its air-emissions permit, environmental activists and concerned local citizens voiced their objections, concerned about the strain the operation would put on local energy needs and supply, and have requested that the New York Department of Energy Conservation reject the renewal. A decision is expected this month.

New Yorkers’ concerns are not limited to the imminent DEC’s Greenidge decision, as the crypto mining industry has been working to convert similar upstate former power plants for mining purposes. One 2021 report on crypto prepared by the University of California, Berkeley, concluded that crypto mining operations throughout the Empire State resulted in annual power bills increasing by roughly $165 million for small businesses and $79 million for residential customers. Not surprisingly, due to these findings, several New York legislators who oversee state energy committees began considering a three-year moratorium on all crypto mining operations that require the burning of fossil fuels. Such a measure would be the first in the nation, and is intended to limit emissions that would irreparably harm compliance with the State’s Climate Leadership and Community Protection Act. Notably, however, the moratorium would only affect “behind the meter” plants that directly provide electricity to crypto miners as opposed to regulating businesses that engage in crypto exchanges. Despite this narrow tailoring of the moratorium, the crypto industry, however, is vehemently opposed to such a moratorium, as are a few lawmakers afraid to lose the industry to Miami or San Francisco.

Local residents whose own electrical use feels threatened by this unfamiliar, almost abstract industry, however, don’t share these fears—to the contrary. Just a few weeks ago, on February 16, 2022, the town board in Massena, New York, unanimously voted to extend its own local moratorium, preventing the development of a mining center in the town center. Concerning the massive energy consumption crypto mining demands, one resident said, “More of [ours] that’s sucked up and wasted, in my opinion, by cryptocurrency, is the more purchased power we have to buy and that we all pay for.”

An increasing number of advocates and lawmakers that have vocally supported New York’s moratorium in the past few weeks—whether through legislation or by Gov. Kathy Hochul—surely agree, and have thereby demanded, through the pending moratorium legislation, the state subject crypto mining operations to a full generic environmental impact statement review before the industry becomes the next Wall Street. The result, however, could be—much like the proof-of-work competitive mathematical puzzles that reward speed powered by energy-gobbling super computers—a zero-sum gain or loss of an entire energy-consuming industry due to time-consuming consideration of its local environmental impact.