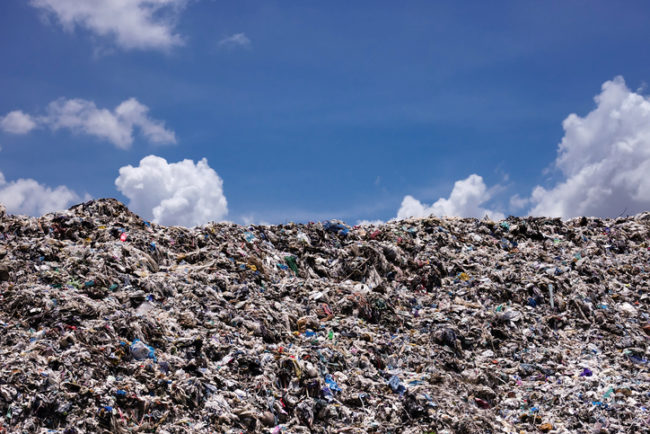 In the early 1970s, a contractor for a uranium producer illegally dumped about 8,700 tons of uranium-processing waste at the West Lake Landfill in suburban St. Louis, Missouri. Originally placed on the Superfund National Priorities List in 1990, the landfill is regarded as one of the most complex Superfund sites because it sits next to another landfill where an underground fire smolders. The landfill was targeted for “immediate, intense action” by the EPA Superfund Task Force in December 2017. The EPA has now recommended a partial excavation of the landfill to remove radioactive waste that has been linked to the Manhattan Project.

The EPA said the proposed remedy, which it calls “Excavation Plus,” is expected to take five years to implement and will remove the “majority” of radioactivity by digging to a depth of about 16 feet, while installing an engineered cover system for long-term protection.

“The people of the St. Louis region deserve clarity and answers with respect to the remediation of the West Lake Landfill,” Scott Pruitt, EPA Administrator, said. “I promised them an answer, and today I am making good on that commitment.”

Other options weighed by the EPA included an enhanced capping strategy that would meet federal standards for uranium radiation control, a full excavation alternative with disposal of radioactive material in an on-site storage cell, or varying degrees of partial excavation. The options’ estimated cost ranged from $75 million to $695 million. The selected remedy is projected to cost $236 million.

EPA officials said that the selected plan would address approximately 70 percent of the landfill’s total radioactivity. Pruitt said that although deeper radioactive contamination occurs 40 to 80 feet beneath the landfill’s surface, it does not pose a public health risk and, according to agency technicians, removing it could possibly trigger a subsurface fire.

“As we looked at going deeper than we are now, we had to ask the question: Is it necessary to protect health and does it pose other risks and dangers?” said Pruitt. “We absolutely, through this process, thought through all those options and believe we’ve gone down exactly the amount of depth we need to go to achieve protection and also not to create new issues and new concerns for people in the community.” “The proposal that I saw [going deeper would take] around 14 to 15 years, and that’s something that I thought was simply not acceptable,” Pruitt said. “It did not provide that kind of certainty to the community.”

A formal notice has been published, along with the supporting documents that guided the decision. The proposal will be subject to a period of public comment before any decision is finalized. Depending on the amount of feedback received, that final decision could still be months away.

Notably, earlier this week, on February 20, 2018, a proposed class-action lawsuit was filed in St. Louis County. The class action petition is headed up by a local business owner and a homeowner, and all others similarly situated, seeking compensation for damages they say were caused by the negligent handling of the radioactive waste at the landfill. The lawsuit seeks damages on behalf of all property owners within an 11-square-mile area of the landfill for diminution of value to property as well as cleanup and medical monitoring costs. The new suit joins over 100 other lawsuits that have been filed since 2012 alleging exposure to the radioactive waste caused cancers and deaths.

We’ll continue to monitor developments in the class action proposal, additional lawsuits, and the potential effects on the region.