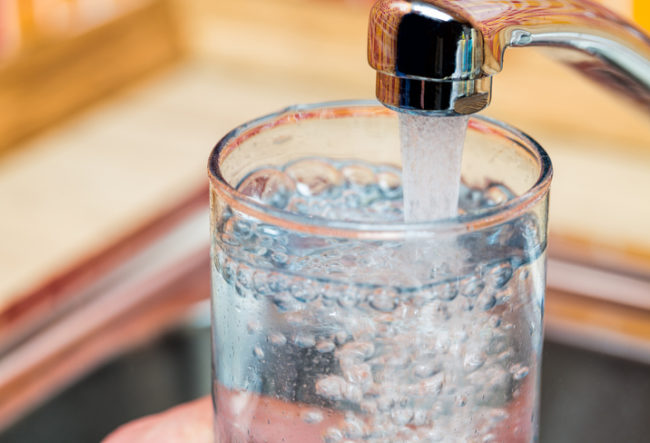 If you drink water, pay a water bill, or watch the news, you’ve undoubtedly heard or seen (but were likely unable to pronounce) the acronyms for perfluorooctanoic acid (PFOA) and perfluorooctane sulfonic acid (PFOS), two of the most recognized compounds within the family of per- and polyfluoroalkyl substances.

Known as PFAS compounds, they were used pervasively in American manufacturing dating back to the 1940s and assumed the nomenclature “forever chemicals” because of their remarkable and arguably useful ability to not decompose. PFAS’ unique resistance to breaking down, according to experts, is the reason why these ubiquitous synthetic compounds are found today, over a half a century later, accumulating in surface water, drinking water, air, soil, and food.

Used pervasively in everyday products like nonstick cookware, carpet, grease-resilient food packaging, stain repellants, water-resistant clothing, fire-fighting foam and protective fire-retardant gear at military bases, fire departments and airports have catapulted manufacturers, municipalities and the U.S. government into a litigation frenzy from coast-to-coast amid a surge of lawsuits that claim everything from environmental contamination to personal injury.

Last week, following what the government considered an extensive review of the potential hazards of PFAS due to their longevity in the human body and environment, the Environmental Protection Agency unveiled new and markedly stringent drinking water health advisories for PFAS contaminants. The advisories not only replace those issued by the EPA in 2016, but also effectively earmark the next generation of PFAS litigation.

In recent years, plaintiffs have attempted to link PFAS exposure to serious health conditions such as cancer, liver and kidney disease, reproductive problems, immunodeficiencies, and hormonal disruptions. These concerns led the EPA to issue a rule in December 2021 requiring public water systems that serve more than 3,000 people to test for 29 of the thousands of PFAS substances present in the environment today, including the four tagged in last week’s warning which were PFOA, PFOS, PFBS and GenX.

The new testing is expected to begin in 2024 and early indicators suggest the tests will reveal more than 100 million Americans have been exposed to PFAS via tap water.

While this marks the first time GenX and PFBS levels have been targeted by federal regulators — which, indeed, is a cause for new concern — PFOA and PFOS have been under scrutiny for more than a decade. Nonetheless, EPA’s announcement is portentous in that it significantly lowers the levels at which PFOA and PFOS  are considered safe, and cites links to a wide range of health side effects previously alleged which suggest risk at exposure levels near zero or non-detect.

EPA Administrator Michael Regan did not sugar coat the agency’s announcement to slash acceptable PFAS levels in drinking water stating, “People on the front lines of PFAS contamination have suffered for far too long. That’s why EPA is taking aggressive action…to prevent these chemicals from entering the environment and to help protect concerned families.”

While industry leaders have labeled the EPA’s latest health advisories as fundamentally flawed and absent a proper formal review, it is expected the new thresholds will prompt a wave of new lawsuits. Plaintiffs will assuredly attempt to leverage the EPA’s updated drinking water health advisories — which indicate health problems may still occur with concentrations of PFAS in drinking water at near zero or even non-detect levels — regardless of the science. Meanwhile, the lens of scrutiny on PFAS is widening rapidly to include more known compounds, which will inevitably translate to new claims and a burgeoning docket of PFAS litigation.

While PFAS are not federally regulated, the EPA is set to issue proposed rules in coming months, and the recent warnings send a loud and clear message that the EPA not only takes PFAS contamination seriously, but also intends to make PFAS regulation its priority. The research supporting the EPA’s new warnings informs future aggressive regulatory action and suggests that PFAS contamination will soon likely be criteria of Superfund cleanups.  After all, one doesn’t need to read tealeaves to know that industry should be bracing itself for PFAS regulations given the EPA’s notice that it is releasing applications for states to apply for grants to address PFAS in drinking water with funds allocated from last year’s $5 billion bi-partisan infrastructure law.

On the eve of the Clean Water Act’s 50th anniversary this fall, the timing of the EPA’s new warning for synthetic pollutants in drinking water is especially compelling. The nation’s first round of Bellwether PFAS environmental contamination lawsuits are gearing up for expert testimony which will undoubtedly attempt to utilize the reduced PFOA and PFOS levels, as well as the new GenX and PFBS thresholds, into consideration.

Likewise, as the court contemplates selection of the second pool of Bellwether cases, this time involving personal injury plaintiffs, the new PFAS health advisories will likely impact all parties on both sides, including water utilities, researchers, experts, municipalities, manufacturers, and insurers. Indeed, EPA’s latest announcement is proof that PFAS is gaining an increased amount of attention, on almost a daily basis, with no indication that the EPA, (nor the plaintiffs’ bar), will be letting its foot off the gas anytime soon.