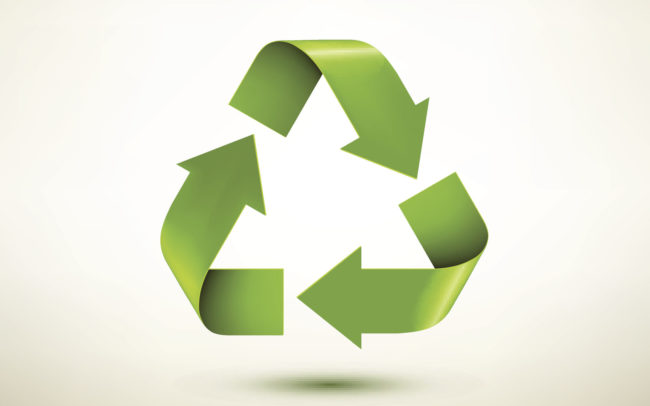 If you aren’t toting a reusable water bottle, bamboo straw, or canvas grocery bag, news of a plastic-eating enzyme may not resonate as revolutionary. Nevertheless, plastic waste ranks up there as one of the most pressing environmental problems we face today. There has been little hope in sight of how to shrink the colossal amount of plastic waste—measured in billions of tons—accumulating in landfills across the globe, plaguing our ecosystems, and generating environmental contamination lawsuits. Last month, however, researchers at The University of Texas at Austin revealed a natural enzyme variant that breaks down plastics, which otherwise take centuries to degrade (and even when they do break down, become illustrious microplastics), and as an added bonus, can do so in a matter of hours to days.

The “science” behind the new supercharged, sustainable enzyme approach

Texas engineers and scientists focused their research on polyethylene terephthalate (more commonly known as PET), which is found in the majority of consumer product packaging (e.g. water/soda bottles, food containers), as well as certain fibers and textiles (t-shirts and carpeting). PET products are ubiquitous, making up an estimated 12% of all global waste.

The sustained enzyme approach redefines recycling as we know it by using the newly discovered enzyme to initiate and complete a circular process (known as depolymerization/repolymerization) whereby the PET plastic is broken down into smaller parts and then chemically regenerated at low temperatures in as little as 24 hours. Biological solutions to “recycle” plastics, such as this sustainable enzyme approach, require far less energy that traditional recycling methods. Moreover, because the new super enzyme can perform depolymerization/repolymerization at low temperatures, researchers opine that enzyme-triggered recycling may now be performed affordably and portably throughout waste management facilities and across all industrial sectors.

While other enzymes have been developed in hopes of achieving similar plastic-eating capabilities, they have historically suffered from practical limitations such as slow reaction rates and targeted pH and temperature thresholds. This new enzyme overcomes all such constraints.

The problem with traditional recycling

Until now, our best effort to combat the plastic plague has been via recycling, albeit with little impact, after all less than 10% of all plastic globally has in fact been recycled. The most common method for disposing of plastics (other than dumping in landfills) has been to incinerate the plastic waste—a process that is not only expensive, but discharges toxic gas into the environment. Other industrial processes like glycosis or pyrolysis have likewise proven to be costly and energy intensive. Unlike traditional methods of purging plastic waste, this new plastic-eating enzyme will effectively supercharge recycling by allowing major industries to reduce their environmental impact by repurposing plastics into their most basic molecular form.

The University of Texas at Austin’s motto, “What Starts Here Changes the World,” is quite literally living up to its commitment with its unveiling of the new enzyme that promises to go beyond recycling, making zero-waste a reality, not a mere philosophy. The team of UT engineers and scientists are presently working to scale up enzyme production in order to roll out large-scale industrial and environmental applications. Potential uses of the plastic-eating enzyme include shrinking landfills, “greening” high-waste-producing industries, and cleaning up polluted sites. What makes the enzyme especially exciting among environmentalists and insurers is that the key to biologically based environmental remediation efforts, and what has historically been a stumbling block, is the need to have an enzyme that can be effective at ambient temperatures, which is where the newly recognized enzyme offers a tremendous, game-changing advantage.