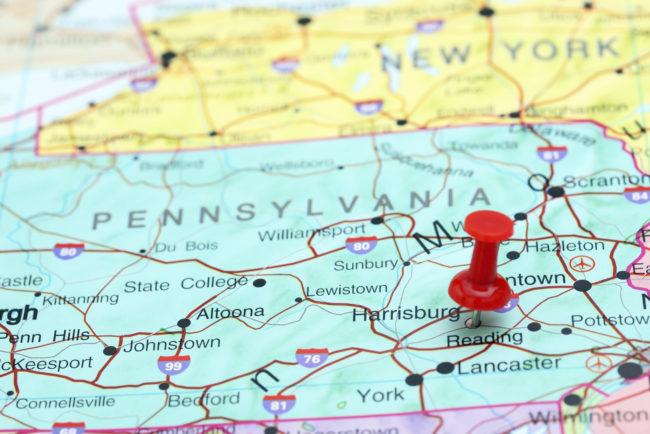 The Pennsylvania Supreme Court recently decided to preserve an injunction against the Department of Environmental Protection of Pennsylvania (DEP) that prevents the enforcement of various new rules pertaining to hydraulic fracturing operations.

In the case of The Marcellus Shale Coalition v. Department of Environmental Protection, et. al., industry organization, the Marcellus Shale Coalition (MSC), had sought a preliminary injunction, challenging the validity of several regulations relating to unconventional gas well operations (which includes hydraulic fracturing, as opposed to traditional oil drilling) governed by Pennsylvania’s Oil and Gas Act. Specifically, the proposed regulations at issue involve notification requirements to the public, remediation of spills, waste reporting, impoundment, and site restoration. While the Pennsylvania Supreme Court upheld injunctions to preclude the enforcement of some of those rules, injunctions related to the standards for well-developed impoundments and post-fracking restoration of well sites were rejected and dismissed, and therefore may now be enforceable by the DEP.

Well-developed impoundments, which can be regulated under Pennsylvania’s Dam Safety and Encroachment Act due to their size (ranging up to 30 million gallons), store fresh water for use in drilling operations  —as opposed to centralized impoundments, which store waste water generated from drilling activities. Under the DEP’s new rules, developers of unconventional wells must register existing well-development impoundments with the DEP. The rules also mandate that any such impoundments upgrade use a synthetic impervious liner and be surrounded by a fence, unless an individual is continually present, to prevent unauthorized acts by third parties and damage from wildlife. See 25 Pa. Code §78a.59b(b), (d), (e). Although these impoundments generally store freshwater, the water may at times include other fluids used in well development which are not indigenous to the local watershed. For example, operators are permitted to store and use mine-influenced water as a means of reducing consumption of freshwater from Pennsylvania’s waterways.

Additionally, the court held that site restoration — which occurs after a well is complete and involves activities to restore the land surface areas disturbed during the creation of the well — may be governed by several existing laws, such as Pennsylvania’s Clean Streams Law and other statutory provisions. Operators must formulate and implement robust sediment and erosion plans which contain detailed drawings and narratives prepared by a person trained and experienced in post-construction storm water management. The plans need to address a variety of aspects, including how to preserve the integrity of stream channels, prevent an increase in the rate of storm water runoff, as well as how to maximize the protection of existing drainage features and existing vegetation, and minimize land clearing, grading, and the presence of impervious material. 25 Pa. Code §78a.65(d), §102.8(n).

Ultimately, these rules concerning well-developed impoundments and restoration may begin to be enforced by the DEP in the near future now that the judiciary has lifted their respective injunctions. However, other proposed rules concerning public notification, waste reporting, and certain elements of centralized impoundment, will likely be subject to additional scrutiny in Pennsylvania’s intermediary courts. We will continue to monitor this changing regulatory landscape.