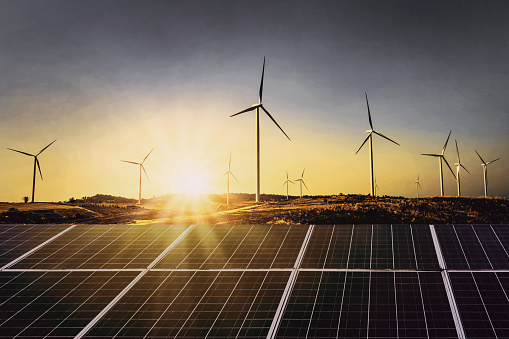 Recently, the Assembly of the State of California approved the 100 Percent Clean Energy Act of 2018 or “SB100” which will require all energy used in the state to come from renewable sources by December 31, 2045. The bill, authored by State Senator Kevin de León, passed the California Senate last year, the Assembly on August 28, 2018, and was reconciled by the Senate on August 29, 2018. All that remains before the bill becomes law, is Governor Jerry Brown’s signature. According to the bill’s website, it “creates thousands of high-quality jobs while also reducing the pollution that warms the planet and harms California’s children and families.”

The bill calls for three stages, it requires 50 percent of the state’s energy to come from renewable sources by 2026, 60 percent by 2030, and finally, the full 100 percent in 2045. Notably, the bill differentiates between “renewable” energy sources and “carbon-free” energy sources. The beyond 60 percent target requires all energy from non-carbon sources which excludes coal, oil, and natural gas.

California has historically led the way in renewable energy sourcing. The California Renewables Portfolio Standard (RPS), established in 2002, set a goal for the state to use 20 percent renewable energy by 2017. In 2006, California moved the target date from 2017 to 2010. In 2008, the goal was increased to 33 percent by 2020, thereafter, it became 50 percent by 2020. So far, California has met all of these goals. According to polls by the Public Policy Institute of California, approximately 72 percent of Californians were in support of the recently passed bill. Last week’s Assembly vote followed a recent report which detailed the effects of climate change on the state, including coastline loss, water supply loss, and an increase in forest fires. To date, the only other state with a similar policy to SB100 is Hawaii.

In a San Francisco Chronicle article on the topic, economist Severin Borenstein acknowledges that the 100 percent renewable energy goal would not be feasible today. According to Forbes, 44 percent of the energy used in California is currently sourced from renewable methods. This number is up from 10.6 percent just ten years ago. With such a dramatic increase in the last ten years, it’s not impossible to see how the state could meet the 2045 goal. Part of the reasoning behind the bill is that by setting such a lofty goal, the state hopes to encourage renewable energy technology development. This means the state wants to encourage not only the construction of additional windmills and solar panels, but it wants companies to create more efficient methods of energy production. Another key factor will be the development of better ways to store energy. At the moment, solar panels provide the energy grid with more energy than necessary mid-day when the sun is strongest. Following that spike in production, solar energy stops being produced when the sun sets. A key factor in meeting the 2045 goal will be to find technology that allows the capture of that mid-day excess for later use. Lastly, the state hopes to encourage energy savings by consumers. This would include, for example, transitioning to hybrid and electric powered cars as well as a reduction in daily personal energy usage. The bill also accounts for the fact that as the infrastructure for renewable energy production increases, the cost of the energy will decrease.

California taking this drastic step regarding its energy use could potentially cause other states to follow suit. Even if other states do not commit to going totally carbon-free, it is likely stricter usage policies will be forthcoming. California is the most populous state in the United States and arguably, if they can go carbon-free, so can other states. We will keep you updated if additional states change or update their renewable resource policies.