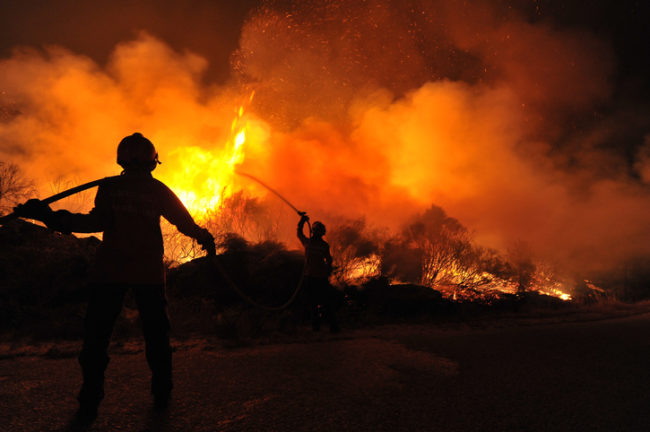 Clean-up efforts are underway following the devastating Northern California wildfires of last month. Early damage estimates are in the $3-6 billion dollar range. While property damage estimates continue to be updated, Cal Fire reports that 8,400 structures were destroyed by the fires that spanned 245,000 acres.

The health impact on residents and workers, as well as the impact to the environment during cleanup efforts from toxins and fire residue in the air and watershed are serious concerns.

It’s unavoidable that these degraded hazardous materials will be disturbed and dispersed during clean-up and renovation efforts, and will lead to exposure in humans and contamination in the environment.

Comparisons, with respect to the cleanup challenges, have been made to the aftermath of the 9/11 attacks in Lower Manhattan, which saw claims of related respiratory illness and cancer, as well as massive amounts of property loss claims.

The U.S. EPA has teamed up with FEMA, contractors of the U.S. Army Corps of Engineers, and local and state agencies in handling household hazardous waste removal and site clearing. Site cleanup efforts include removal of 3-6 inches of ash, debris, and soil. The state of California will test samples removed from devastated areas, and re-building won’t occur until sites are clear of toxins. Officials are optimistic that the majority of property lots will be cleared of debris by early 2018, but environmental clearances and rebuilding will make this a massive and expensive undertaking.

As California enters its 2017-18 rainy season after a drought-busting 2016-17, the U.S. Geological Survey and local universities have had teams positioning straw bales and sand bags in attempts to protect the watershed. Notwithstanding the laundry list of chemicals and heavy metals that might enter streams, rivers, lakes, inlets and the San Francisco Bay, residual carbon in the ash from the fire can cause eutrophication (abnormal growths of algae blooms) in waterways that consume most of the dissolved oxygen and make waterways unlivable for other species — creating so-called “dead zones.” Given that the wine country wildfires also affected urban areas, bare and expansive impervious surfaces will accelerate runoff to storm drains and the watershed.

Based on experiences from prior fires, we expect millions of cubic meters of sediment to enter waterways, affecting communities’ drinking water. We also anticipate that geological surveys will detect concentrations of aluminum, lead, cadmium, iron, and zinc in excess of suitable aquatic life criteria. The threat to California’s ecosystem is real.

We’ll continue to monitor and provide updates on the cleanup efforts and prospective claims in California as they unfold.