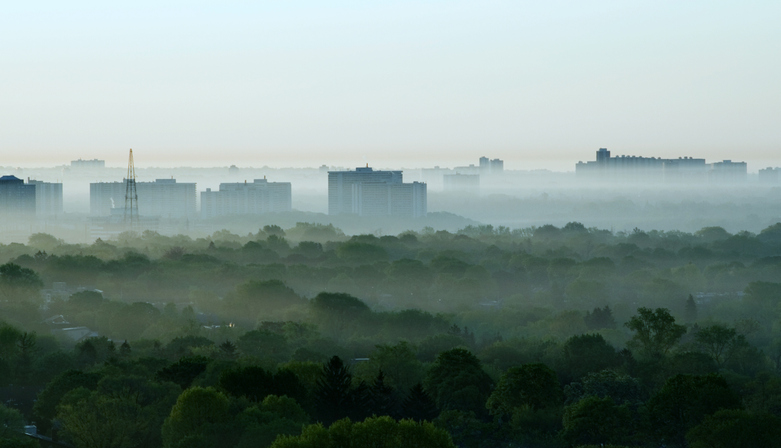 The Clean Air Act requires EPA to set two types of NAAQS: health-based standards, called primary standards, and standards to protect public welfare, called secondary standards. Based on the scientific evidence and technical information, EPA has set two primary standards for PM2.5, which work together to protect public health: the annual standard, which EPA is proposing to revise, and a 24-hour standard, which the agency is proposing to retain. The NAAQS specify a maximum amount of particulate matter that may be present in outdoor air. Construction, automobile, energy (power plants), and other industries can potentially be impacted by the revised NAAQS.

According to the EPA, fine particles, sometimes called soot, dust, dirt, or smoke, can penetrate deep into the lungs and can result in serious health effects, including asthma attacks, heart attacks and premature death – disproportionately affecting vulnerable populations like children, older adults, and those with heart or lung conditions. This particulate matter is a mixture of solid particles and liquid droplets found in the air. These particles may be emitted directly from a source, such as “construction sites, unpaved roads, fields, smokestacks, or fires;” most “other particles form in the atmosphere as a result of complex reactions of chemicals such as sulfur dioxide and nitrogen oxides, which are pollutants emitted from power plants, industrial facilities, and vehicles.”

According to the EPA, since it completed its last review of the PM NAAQS in 2012, “thousands of new scientific studies have demonstrated the dangers of soot exposure.” The EPA stated: “Strengthening the primary annual PM2.5 standard is expected to address disparities and would result in significant public health benefits.” EPA estimates that if finalized, a strengthened primary annual PM2.5 standard at a level of 9 micrograms per cubic meter (the lower end of the proposed range) “would prevent: up to 4,200 premature deaths per year; 270,000 lost workdays per year; and result in as much as $43 billion in net health benefits in 2032.”

When instituting a revised NAAQS, a number of things must happen. EPA must designate areas as meeting (attainment) or not meeting (nonattainment) the new standard. Further, states are then required to develop a general plan to attain and maintain the new standards in all areas of the country and a specific plan to attain the standards for each area designated as nonattainment. These plans, known as State Implementation Plans or SIPs, are developed by state and local air quality management agencies and submitted to EPA for approval.

In developing the proposal, EPA considered an “Integrated Science Assessment and updated Policy Assessment” that was made available for public comment and for expert review by the Agency’s CASAC and the CASAC PM expert panel. The proposal will be made available for public comment for 60 days following its publication in the Federal Register. After reviewing the comments received, EPA plans to issue final standards later in 2023.