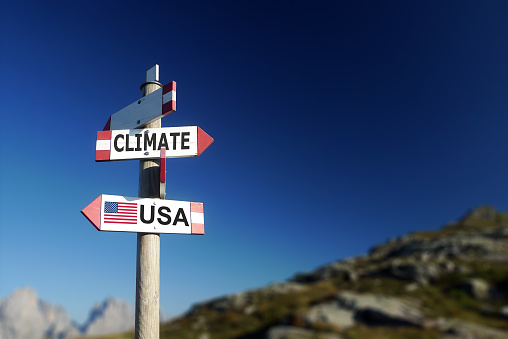 Given the Trump Administration’s position on climate change, one could easily become discouraged that any meaningful progress can be made in reaching the Nationally Determined Contribution (NDC) set for the United States under the 2015 Paris Agreement to stabilize greenhouse gas (GHG) emissions and to keep anthropogenic warming to below 2°C.

In anticipation of the recently completed Global Climate Action Summit, which was held in San Francisco from September 12-14, 2018, a report prepared by the New Climate Institute for Climate Policy and Global Sustainability entitled, Global Climate Action From Cities, Regions, and Businesses (Climate Action Study) evaluated the efforts of more than 6,000 cities, states, and regions in nine high-emitting countries – Brazil, China, India, Indonesia, Japan, Mexico, Russia, South Africa, and the United States – and the European Union, along with the efforts of more than 2,000 companies with a combined revenue of over $21 trillion, to determine the impact these respective efforts could have on the ability of these nations to meet their respective NDC. In many cases, including with respect to the United States, these sub-national efforts, if fully implemented, could make up a significant percentage of the assigned NDC reductions.

The need for these additional efforts is evident by some of the recent actions taken by the Administration: the rollback of automobile fuel efficiency standards announced in August; the planned repeal of the Clean Power Plan and revision to the social cost of carbon calculation; and the just announced proposed EPA weakening of rules aimed at reducing leakage of methane, one of the most potent greenhouse gasses, from oil and gas operations.  As the New York Times stated in an editorial on September 17, 2018, “[t]hese three programs, plus an effort to regulate climate-forcing gases used in refrigerants, formed the basis for Mr. Obama’s pledge at the 2015 climate summit in Paris to reduce America’s greenhouse gas output by 26 to 28 percent from 2005 levels by 2025.”

In trying to capture the ability of sub-national collaborative efforts to “take up the slack” in reducing GHG emissions resulting, in part, from reduced national efforts in the US and elsewhere, the Climate Action Study quantified the combined impact of the “recorded and quantifiable GHG mitigation pledges on GHG emissions in 2030” made by cities, states, regions, and businesses, in the nine high-emitting nations listed above.  The Study also evaluated “international cooperative initiatives, where regions, states, cities, [and] businesses – frequently in partnership with national governments and civil society – collectively commit to climate goals.”

From this analysis, the Study concluded that,

“[t]he initial results presented in this report suggest that individual city, state, region and business commitments represent a significant step forward in bringing the world closer to meeting the long-term temperature goals of the Paris Agreement, but it is still not enough to hold global temperature increase to “well below 2°C and work ‘towards limiting it to 1.5°C’. … Accounting for overlaps between actors’ commitments, global emissions in 2030 would be around 1.5 to 2.2 GtCO2e/year [giga-tons of CO2 emitted per year] lower than they would be with current national government policies alone.”

This conclusion, of course, came with the following significant caveat. The above reduction in CO2 emissions are possible, “if the recorded and quantified commitments by regions, cities and businesses are fully implemented and if such efforts do not change the pace of action elsewhere.”

Specifically, for the United States, the second largest GHG emitter in the world behind China, the Study reported that GHG emissions have been gradually decreasing since 2007, with US emissions falling by 1.9% in 2016 compared to 2015. Noteworthy was that in 2017, “energy emissions [fell] for the third year in a row, with natural gas and coal usage both declining, contributing to overall energy-related emissions being 14% below 2005 levels.” Climate Study, pg. 56. The Study further notes, however, that “the pace of decarbonization has slowed from 2016 to 2017”, with US transportation emissions rising such that the transportation sector has overtaken the electric power sector to be the largest source of US emissions. Id.

As reported in the Study, over 500 cities, 22 states, and 900 companies in the US have made commitments to reduce GHG emissions or to undertake other climate commitments. Id. If these commitments are fully implemented, GHG emissions, “are expected to reduce emissions by 670 to 810 mega-tons per year by 2030 compared to the current national policies scenarios.”  Id, pg. 58.  Continuing, the Study concluded that, “the gap between the 2025 US NDC target range (26-28% below 2005 levels) and the current national policies scenario projections can already be narrowed to half or even less through full implementation” of these stated commitments. Taking into account commitments by these parties to international cooperative arrangements, in addition to the national commitments above, potentially could bring US emissions to below NDC targets. Id. at 59.

Thus, while the recent federal rollback in efforts to reduce GHG emissions are a cause for pessimism, that pessimism can be offset by sub-national efforts, but only if those efforts actually are carried out.