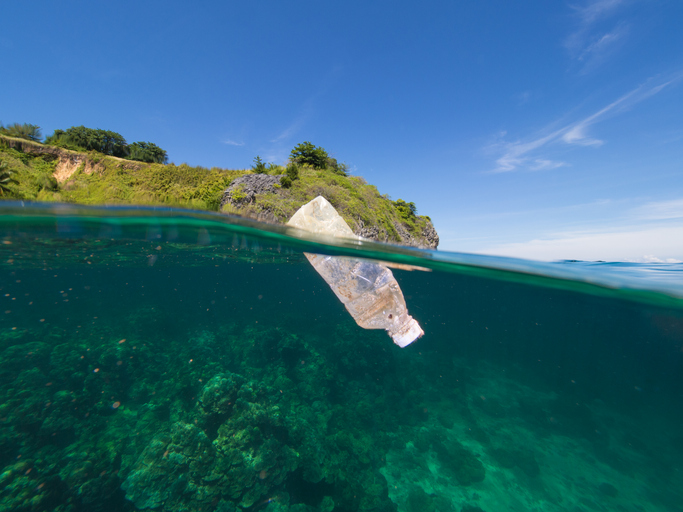 From teeming landfills, choked rivers, and Pacific Ocean garbage gyres, to potential harm to marine and animal life from micro-plastic debris spanning the poles to the deepest part of the oceans, the growing proliferation of plastics is triggering a growing realization that the world has a plastics problem. This is not just an environmental pollution problem. Scientists are beginning to understand that plastics – from cradle to grave – potentially could have an unrealized significant impact on global climate change.

Earlier this month, the Center for International Environmental Law (CIEL), along with five other organizations, released a sobering report titled Plastic & Climate: The Hidden Costs of a Plastic Planet. The CIEL report presents a synthesis of the latest science addressing greenhouse gas (GHG) emissions attributable to the entire life cycle of global plastics, from the extraction and transport of fossil fuels that form the base material of plastics, to the global production of the various forms of plastics, and finally to the disposal of these plastics at the end of their lifecycle. The CIEL report emphasizes that there is still much uncertainty in trying to quantify GHG emissions throughout the entire production, use, and disposal life cycle, both within the United States and globally.  The figures presented in the report should be considered as conservative estimates. The presented results are disturbing and provide more evidence that the goal of holding the average global temperature increase to 1.5°C is even less likely, as the societal transformation required to achieve this goal becomes even more daunting.

Recall that in October 2018, the Intergovernmental Panel on Climate Change (IPCC) released a special report titled Global Warming of 1.5C, in which the IPCC issued a drastic call to action to the world to try to limit the mean anthropogenic global warming temperature to 1.5°C above pre-industrial levels in order to avoid potentially irreversible and catastrophic threats to human societies and the global environment. To accomplish this goal, net CO2 emissions globally must be reduced to zero by 2050, requiring rapid and far-reaching transitions in energy, land, urban and infrastructure (including transport and buildings), and industrial systems (Sec. C2).

In this context, the CIEL report notes that, “[a]t current levels, GHG from the plastic lifecycle threaten the ability of the global community to keep global temperature rise below 1.5°C.” More concerning, however, is the impact of projected massive expansion of the plastics industry. Specifically,

“[i]f plastic production and use grow as currently planned, by 2030, these emissions could reach 1.34 gigatons per year — equivalent to the emissions released by more than 295 new 500-megawatt coal-fired power plants. By 2050, the cumulation of these greenhouse gas emissions from plastic could reach over 56 gigatons — 10–13 percent of the entire remaining carbon budget.”

The IPCC has estimated that in order to reach the 1.5°C target, aggregate global GHG must stay within a remaining carbon budget of 420–570 gigatons of carbon, 56 gigatons of which could be consumed by plastics alone.

The CIEL report notes that,

“[g]lobal production of plastic has increased from two million metric tons (mt) in 1950 to 380 million mt in 2015. By the end of 2015, 8,300 million mt of virgin plastic had been produced, of which roughly two-thirds has been released into the environment and remains there in some form.”

As noted above, there are GHG emissions during each stage of the lifecycle of plastic. As summarized in the CEIL report:

In addition to the above, a growing concern is the potential effect micro-plastics might have on phytoplankton and zooplankton in the ocean. These lifeforms play an essential role in the ocean’s carbon cycle, the planet’s largest natural sink for GHGs, “capturing carbon dioxide at the surface and transporting the carbon to the deep oceans, where it is sequestered away from the atmosphere for centuries.”  As the report further notes, “[s]ince the industrial era, the oceans have absorbed 30-50 percent of atmospheric anthropogenic CO2.”  Interfering with this process could result in a significant increase in atmospheric CO2 concentrations, a significant percentage of which are caused by plastics.