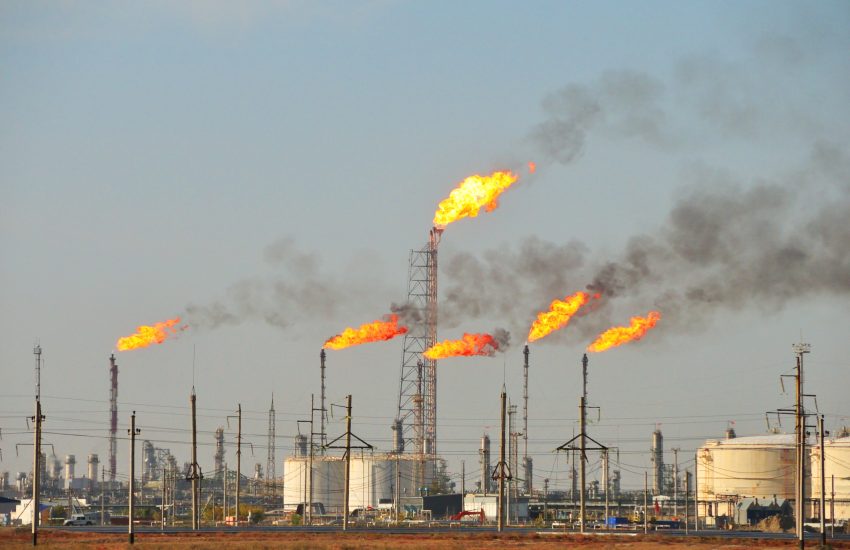 Oil and gas manufacturers have long relied on a process known as “flaring” to limit the venting of natural gas from their refineries. Specifically, flaring is the process of burning natural gas escaping from oil and gas wells and aims at combusting the powerful greenhouse gas methane to minimize its emission. Flares are designed to eliminate 98% of the methane that passes through them, and that is the standard amount used when calculating the emissions they create. Burning methane through flaring as it is released thereby converts it to carbon dioxide, which is a far less powerful greenhouse gas. The U.S. is in the top five countries in the world for how much its fossil fuel industry practices flaring, according to the World Bank.

While it has always been known that this process releases some methane, a new study published last week in the journal Science found that flaring actually releases much more methane than previously thought. In fact, the study led by University of Michigan research scientist Genevieve Plant, found that methane emissions from gas and oil wells are actually five times higher than was generally assumed by the industry. This amounts to 4% to 10% of total US oil and gas methane emissions.

The hydrocarbon methane (CH4) is a primary component of natural gas, also known as fossil gas. It is also a greenhouse gas. So, when it is released into the atmosphere, it has direct effects on the earth’s climate system and temperature. It can be released into the atmosphere from natural sources (think cows) or human-based sources, including oil and natural gas systems. It is 25 times more potent than carbon monoxide at trapping heat in the atmosphere. In fact, the nonprofit organization the Environmental Defense Fund, methane emissions account for, at a minimum, 25% of current global warming.

Wanting to test the efficiency of flaring at eliminating methane, Plant et al. took about a dozen airborne flights to test the emissions produced by flaring at three of the nation’s largest oil and gas producing areas, i.e. the Permian Basin and Eagle Ford Shale in Texas and New Mexico and the Bakken Formation in North Dakota and Montana. These three geographical basins house more than 80% of all of the U.S.’s flaring operations. The aircrafts used in these studies were equipped with sophisticated air monitoring equipment to calculate just how much methane was being released from the flares in these basins.

The researchers sampled over 300 individual flares and took over 600 readings and found that the oil flares in these three locations in reality only converted about 91.1% of the methane released from the ground into other compounds. Some (approximately 5%) of their results were attributed to some flares not even being lit and were therefore directly releasing methane into the atmosphere. But, the majority of the study’s results were attributed to inefficient flaring and showed that flaring was destroying about 7% less methane than the industry assumed.

“Our findings indicate that flaring is responsible for five times more methane entering the atmosphere than we previously thought,” says Genevieve Plant. Figuring out why some flares fail to eliminate as much methane as intended could reduce climate-warming emissions by the same amount as pulling nearly three million cars off the road, according to the Plant, et al’s study.

“Flares have been kind of ‘out of sight, out of mind,’” said one of the researchers, Eric A. Kort, an atmospheric scientist at the University of Michigan. “But they actually matter more for climate than we realized.”

In response to this study, industry groups highlighted their own commitments to try and scale their methane emissions back, including those emissions from flaring.

“Member companies are prioritizing emissions reductions and are taking action,” said Cole Ramsey, American Petroleum Institute’s vice president of upstream policy, in a statement. The group reported recently that participating companies, representing about 70% of the industry, had voluntarily reduced how much they flared as a function of how much was produced, a measure called flaring intensity, by nearly half.