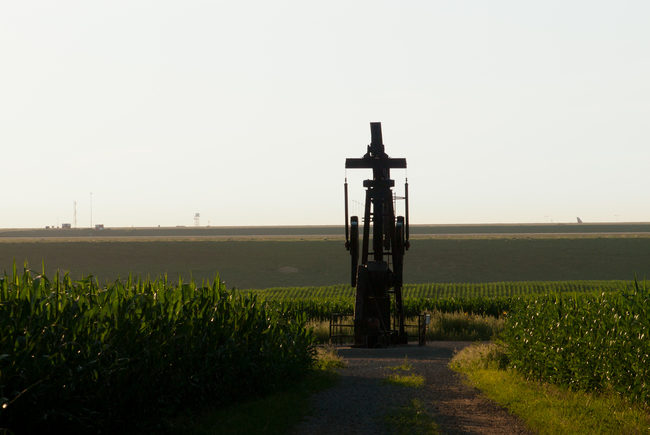 A rancher in southwestern Colorado had three oil wells on his property, leased to an oil company, Maralex Resources, Inc., of which the rancher was the president. One afternoon, an inspection supervisor with the Colorado Oil and Gas Conservation Commission (COGCC) contacted a local Maralex office and requested access to the wells for a routine inspection. Because the rancher was out of town, and the properties were protected by locked gates, the Maralex office refused to permit access that day. The inspection supervisor agreed to the delay, but he insisted that Maralex contact him “oil-field early” — meaning, according to industry custom, at 6:00 a.m. — the next day.

At 9:30 a.m. the following morning, having not heard from Maralex, the inspection supervisor issued a notice of alleged violation. The next day, the rancher called the inspection supervisor and threatened him. He later sent the supervisor an email offering to allow the inspection, but noting that “if your intention is to run roughshod over our Constitutional rights then you should be prepared for a fight because I will defend my rights and my family to the death!” COGCC subsequently conducted multiple inspections of the oilfield sites. The agency noted several rules violations and issued Maralex multiple notices of alleged violations. Maralex challenged the notices as unconstitutional.

Generally speaking, the Fourth Amendment protects U.S. Citizens from government searches and seizures of their property when the government has not obtained a warrant. However, there are exceptions to the rule. One of those exceptions, called the Colonnade-Biswell exception, applies to administrative searches in highly-regulated industries. The Supreme Court has applied the Colonnade-Biswell exception to only four industries: liquor sales, firearms dealing, mining, and running an automobile junkyard. Other courts have applied the exception to such varied industries as massage parlors, taxidermy, and food production.

Here, the Colorado appellate court applied the Colonnade-Biswell exception to the oil industry. Thus, COGCC was within its rights to conduct warrantless searches of the rancher’s oilfield sites, and thousands of dollars’ worth of fines against Maralex were upheld. The lesson, clear as it already might have been, is that operators in closely-regulated industries should do their best to maintain strong working relationships with their government agencies. The world may no longer be safe for cowboys.