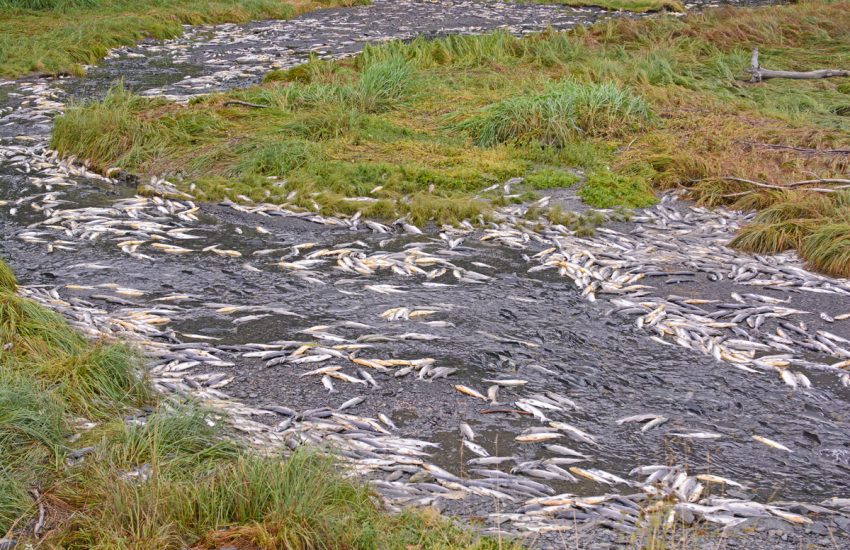 On December 3, 2020, a study authored by a team of researchers from the University of Washington was published in the journal Science, linking a transformation product from a common tire additive to the death of Coho salmon in the Puget Sound. Researchers had observed acute mortality in Coho salmon in the area for decades, and while the mortality had been previously linked to storm water, and then later to tires generally, the exact causal toxicant was unknown until now.

6PPD, one of several p-phenylenediamine (PPD) additives used in rubber materials, is an organic chemical used as an antiozonant and antioxidant in the rubber industry. It is used almost universally in the manufacture of tires to help them last longer and resist cracking, but is also found in other products such as the seals of pressure cookers, conveyor belts, hoses, and cables.

The theory: as tires wear down, they shed particles onto the roadway, and the resulting tire dust is then contained in roadway runoff that seeps into the salmon-bearing streams and river when it rains. In parsing out the various chemical components in tires, the researchers found that when 6PPD reacts with ozone, it creates a different chemical, a transformation product, called 6PPD-quinone. Taking their finding a step further, when assessing the reactions of the Coho salmon to doses of 6PPD-quinone in a controlled environment, the effects were the same as those observed in the wild. The conclusion: the 6PPD-quinone transformation product was highly toxic, resolving the decades-old mystery as to what was killing the Coho salmon.

The researchers note that the effects of 6PPD-quinone on human health should be evaluated as well, as “tire rubber disposal represents a major global materials problem and potential potent source of 6PPD-quinone.” One of the most common repurposing of tires comes in the form of crumb rubber in artificial turf fields and playgrounds, for instance, and this suggests potential human exposures to the chemical.

In addition to their conclusion on this specific study, the researchers raise a broader issue and suggest “a more careful toxicological assessment for transformation products of all high production volume commercial chemicals.” We have seen that over the past several years, the study of previously unknown or unexpected transformation products resulting from parent compounds during natural processes, such as those found in pharmaceuticals and pesticides, has been an increasing focus of scientists when researching groundwater and drinking water contaminants. While the topic is complex, we should expect to see more attention to the study of transformation products as scientists zero-in on the health and environmental safety impacts of various organic compounds.

In response to the study, the U.S. Tire Manufacturers Association (USTMA), in December issued a statement that the industry is science-driven and committed to safety and sustainability, and invests tens of millions of dollars to assess the impact of tire materials on the environment, wildlife and human health, including tire and road wear particles (TRWP), and was reviewing the study published in Science that suggests a link between a degradation product of 6PPD from TRWP and Coho salmon mortality. What’s at issue? Potential significant natural resource damages to impacted states and corresponding exposure to the tire industry. Stay tuned.