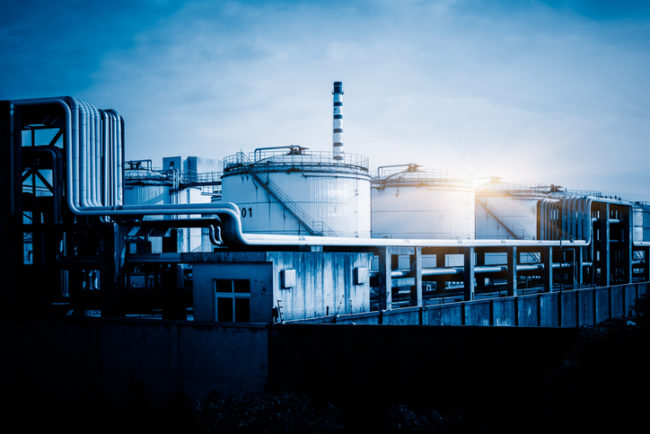 Last week, we wrote about Houston’s long road to recovery from Hurricane Harvey, including the aftermath of the toxic environmental mess that Harvey left. This week, we bring you just one of many examples of environmental headaches that continue to persist following the storm.

According to self-reported emissions to the Texas Commission on Environmental Quality (TCEQ), refineries, petrochemical plants, and other industrial operations emitted some 2.6 million pounds of pollutants into the air during Harvey-related shutdowns and accidents in the Houston area.

And in one particular instance, things appear to have taken a turn for the worse. The EPA is now of the opinion that Valero significantly underestimated the size of a chemical leak from its Houston Refinery in its initial reporting to the State just days after Harvey hit.

On August 27, 2017, Valero reported to the State of Texas Environmental Electronic Reporting System that a partially collapsed roof of a storage tank containing light crude oil released an estimated 6.7 pounds of benzene and more than 3,350 pounds of unspecified volatile compounds. The storage tank was located on Valero’s refinery in Manchester, a low-income residential neighborhood on the Southeast side of Houston. The heavy rainfall brought by Harvey caused the roof to buckle and partially collapse, exposing the petroleum inside to the elements and releasing benzene into the air. Manchester residents detected strong chemical odors coming from the refinery, which processes approximately 200,000 barrels of crude oil per day, and notified the city’s hotline.

EPA, however, was not able to get on-site to conduct an inspection of the refinery until September 5, 2017. In preparation for Harvey, the EPA had temporarily shut down several air monitoring stations in the Houston area to protect valuable equipment from storm damage. After Harvey passed through, it took some time to get the systems back up and running again. When the EPA finally conducted an inspection of the Valero refinery on Monday, September 5, 2017, it confirmed that there was a leak in one of the storage tanks that occurred on August 26, 2017 from Hurricane Harvey and flooding. The EPA noted that the leak only lasted one day and that Valero had taken action to respond to and repaired the leak. The EPA’s air monitoring reading at this time did not indicate levels of concern for the community.

Benzene, a toxic, flammable chemical found in crude oil and gasoline, is known to cause central nervous system damage and bone marrow damage, and is carcinogenic. Air pollution experts say that by September 5, 2017, much of the benzene would have dissipated from the initial leak on August 27, 2017 such that the readings on September 5, 2017 might not have captured the severity of the release. In fact, environmental groups who hired private air monitoring firms show drastically different measurements, detecting benzene concentrations of 324 parts per billion — nearly double the state’s allowable amount of 180 parts per billion for short-term exposure.

Ten days later, on Thursday, September 14, 2017, the EPA acknowledged that Valero “has informed the EPA that it believes it significantly underestimated the amount of [volatile organic chemicals] and benzene released in its original report.” The EPA has requested Valero turn over records and maintenance history related to the tank failures at the refinery, including detailed calculations of emissions and efforts taken to prevent and mitigate them before and after the incident.

The EPA has not yet determined for itself the size of the release, but it is expected that the new reports will show a substantial increase in emissions.

Therefore, while the floodwaters may be receding in Houston, it’s clear that much of Harvey’s lasting effects won’t be washing away anytime soon. We’ll continue to keep you updated on this and other developing environmental events that continue to arise out of Hurricane Harvey.