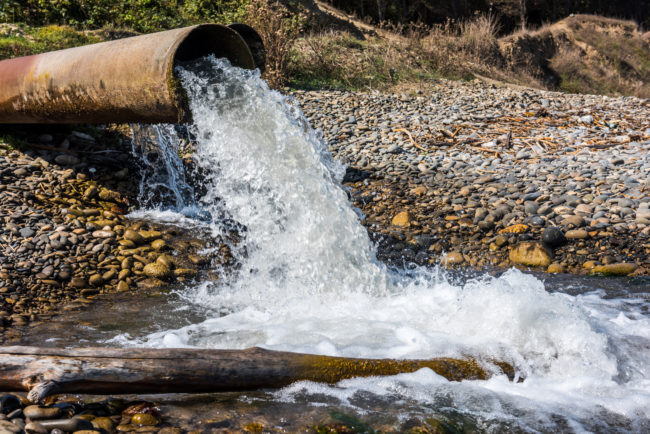 This week, the U.S. EPA finalized a rule relaxing Obama-era standards for disposal of wastewater from coal-fired power plants. The Trump administration has characterized the new rule as a means of reducing pollution and saving jobs at the same time, while environmentalists decry the new rule as a threat to the nation’s waterways and the health of those who live near affected power generation facilities.

In 2015, the EPA issued a final rule regulating discharges from steam electric power plants, including arsenic, lead, mercury, selenium, chromium, and cadmium. The 2015 rule was the first to regulate such discharges since 1982, and was estimated to affect about 12 percent of steam electric power plants, comprising certain coal-fired facilities. The 2015 rule set new or additional requirements for wastewater streams from flue gas desulfurization, fly ash, bottom ash, flue gas mercury control, and gasification of fuels such as coal and petroleum coke. It also set additional monitoring standards and reporting requirements for water quality around affected facilities. At the time, the EPA estimated the cost of compliance with the 2015 rule at $480 million per year, but the EPA also estimated that the public would save nearly the same amount through benefits like lowered health care costs. The 2015 rule provoked several legal challenges, including lawsuits and petitions for administrative reconsideration. The EPA announced that it would reconsider the rule in 2017 and suspended compliance deadlines in light of its decision.

The most recent rule was proposed in November 2019 and finalized on August 31, 2020. Under the new rule, only coal-fired power plants that discharge bottom ash transport water or FGD wastewater will incur compliance costs, which the EPA estimates includes about 8 percent of facilities. FGD wastewater is a by-product of a technology that coal-fired plants use to remove sulfur dioxide from their exhaust emissions and contains several heavy metals. The new rule changes the technology basis for treatment of FGD wastewater and BA transport water; revises voluntary incentives for FGD wastewater; adds tailored regulations for high-flow units, low utilization units, and those that will transition away from coal by 2028; and establishes new compliance dates.

The EPA says that the new rule leverages newer, more affordable pollution control technologies and takes a flexible, phased-in implementation approach. The new rule is estimated to save industry stakeholders about $140 million each year and eliminate one million additional pounds of toxic pollution each year above the 2015 rule via improved efficiency and a voluntary incentive program. Environmentalists, on the other hand, criticize the new rule as allowing industry to use cheap and ineffective methods of dumping pollution into waterways. They say the new rule simply rolls back the Obama-era regulation in an effort to prop up the failing coal industry, at the cost of polluting the nation’s waterways and damaging public health.

It does not appear that any legal challenges to the new rule have been filed yet.  Environmental groups may be preparing challenges even now. Alternatively, they may be waiting to determine the outcome of the November election before engaging in a costly legal battle that could prove unnecessary under an EPA that is more sympathetic to their views. Either way, the new rule will have a profound effect on the coal industry in the coming years.