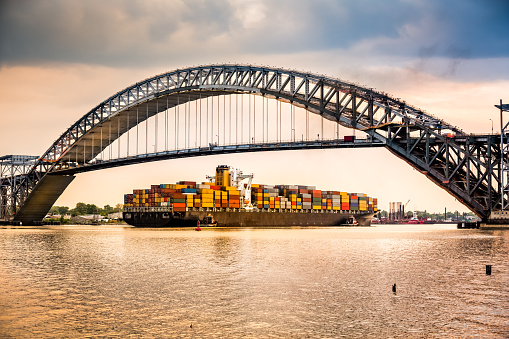 Just a few days ago, the U.S. House of Representatives’ Judiciary Committee — in a tight split — voted to support a bill that seeks to target the slow pace of the permitting process for infrastructure and development projects that require review by federal agencies. The bill, named the “Permitting Litigation Efficiency Act,” is expected to impose limits on federal review of projects, i.e., an apparent two-year deadline for federal agencies to determine whether a project can go forward. Other points of the act include a reduction in time for court challenges, and a possible requirement of a bond of up to $5 million for litigants that seek a preliminary injunction to halt a project.

These are all aspects that supporters and critics are hot over: does it jeopardize environmental review or does it strengthen environmental protection?

Some members of the Judiciary Committee stated that the legislation is a “very big step forward in achieving a federal permitting system that is both fair and efficient” and an important economic remedy to a permitting system that can often stifle development. But others charged that it was merely a measure to “undermine the federal environmental review process in the guise of administrative efficiency,” favoring developers over environmental protections.

Over the past six years, the U.S. Congress has actually addressed permitting issues on three separate occasions: the Moving Ahead for Progress in the 21st Century Act, the Water Resources Reform and Development Act, and the Fixing America’s Surface Transportation Act — all of these laws are said to help expedite the often lengthy permitting process, while paying close attention to environmental considerations. It is no secret that environmental review is often attacked as an unnecessary obstacle: there are a number of projects, from the Bayonne Bridge to the Carlsbad desalination plant to the Long Beach intermodal rail facility — that provide relevant bones of contention. And active outspoken groups on this subject, like Common Good and the Center for American Progress, have chimed in.

A report by the Common Good indicates that “lengthy environmental review is generally harmful to the environment because it prolongs bottlenecks” and “multi-thousand page environmental review statements do not highlight important environmental choices but obscures them.” To the contrary, the Center for American Progress would say that environmental review and the time it takes is critical “because it protects clean air and clean water for U.S. residents but also because it allows for public input to be collected and considered, ensuring that affected communities have a chance to weigh in on project alternatives.” But in rebuttal, the Common Good has pointed out that the purpose of environmental review is to “aid evaluation by citizens and decision-makers regarding potential major issues with projects” citing existing rules from the Council of Environmental Quality that indicate final Environmental Impact Statements (EISs) “shall normally be less than 150 pages and for proposals of unusual scope or complexity shall normally be less than 300 pages.”