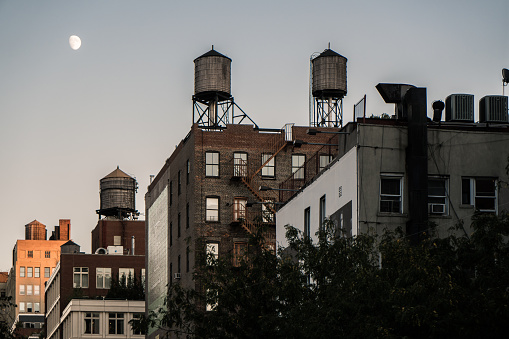 As we recently reported, New York City recently increased its enforcement of regulations for treating cooling towers, particularly given that the increased risk of legionella from cooling towers during the warmer summer months.

Legionnaires’ disease is caused by pathogen known as legionella. Legionella is a water-borne bacteria, transmitted through aerosolized droplets of water, e.g., the mist or condensation by-products of HVAC cooling towers on top of buildings. While a relatively common bacteria, legionella, when not properly treated in a water system, can rapidly amplify to dangerous levels. In sufficient concentration, susceptible persons are at risk of contracting legionella pneumonia, which is a particularly virulent and potentially fatal form of the disease. Those at the highest risk of exposure include the elderly, smokers, or persons who otherwise have compromised immune systems.

Notwithstanding the City’s recently-promulgated regulations, a cluster of Legionnaires cases has been reported in lower Washington Heights and Upper Hamilton Heights in Manhattan. According to reports, there are 18 cases of positive test results, with seven hospitalizations. The stakes have been raised, as well, with the first reported death of an unidentified person over the age of 50 from among this cluster. At this juncture, it does not appear that the source has been pinpointed. Part of the difficulty is that the disease has a gestational period of two to 14 days, requiring the investigators to re-trace steps of the patients with confirmed diagnoses in order to find points of convergence. The City Health Department is sampling numerous cooling towers in the neighborhood and has ordered a number of building owners to increase the use of biocides as a precautionary measure.

Obviously, there are significant legal risks to building owners and operators from an outbreak that can be related to a cooling tower. Litigation arising out of diagnosed Legionnaires’ disease continues to increase, particularly in New York. Building owners and operators must now not only remain vigilant in following existing City regulations and proper procedures for risk mitigation, but be certain to stay abreast of rapidly-evolving developments, as the Department of Health will undoubtedly face increasing pressure to strengthen inspection requirements.

We will continue to monitor these developments.