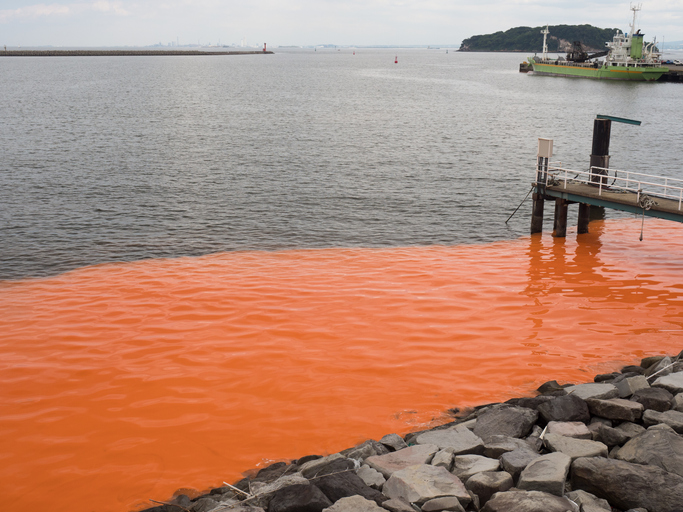 Environmental remediation work is about to pick up steam in Florida. In his first major policy act, recently inaugurated Florida Governor Ron DeSantis issued a broad executive order last Thursday aimed at tackling numerous water and environmental issues confronting the state. DeSantis, who was inaugurated on January 8, took office facing a number of environmental crises, including unprecedented levels of the red tide bacteria that killed wildlife and closed beaches along the Gulf of Mexico last year; toxic blue-green algae that has choked the St. Lucie and Caloosahatchee rivers running east and west from Lake Okeechobee; and long-term concerns over sea level rise.

The executive order addresses the issues from a number of angles, calling for increased funding and ordering various projects to be advanced. It also establishes several new positions and task forces. The Republican’s order also adopted some policy positions that contrast with those of the Trump administration, including directing the state Department of Environmental Protection to oppose all offshore drilling and hydraulic fracturing within the state.

Specifically, the order calls for $2.5 billion over the next four years for Everglades restoration and protection of water resources. Previous administrations have spent a great deal of money seeking to restore and protect the Everglades, but DeSantis’ executive order represents a $1 billion increase in spending over the previous four years and the highest level of funding for restoration in Florida’s history. In addition, the order directs the Florida DEP to “explore every option” to combat adverse impacts of harmful upstream water from Georgia.

The order also creates a number of organizations and positions. The order establishes a Blue-Green Algae Task Force, charged with focusing on expediting progress toward reducing the adverse impacts of blue-green algae blooms now and over the next five years. The task force will identify priority projects for funding to expedite nutrient reductions in Lake Okeechobee and the downstream estuaries, as well as make recommendations for regulatory changes. The order also creates the Office of Resilience and Coastal Protection to “help prepare Florida’s coastal communities and habitats for impacts from sea level rise”, and directs Florda’s DEP to appoint a Chief Science Officer to coordinate and prioritize scientific data, research, monitoring, and analysis.

All told, the executive order represents a notable investment in and prioritization of environmental concerns for the State of Florida. The order is likely to spur a number of subsequent actions from the newly-created organizations and positions, as well as from already-existing environmental authorities in the state. Contracts for remediation and protection work will become more plentiful, but operations that have large environmental impacts may become more difficult. We will keep you updated on further notable developments.