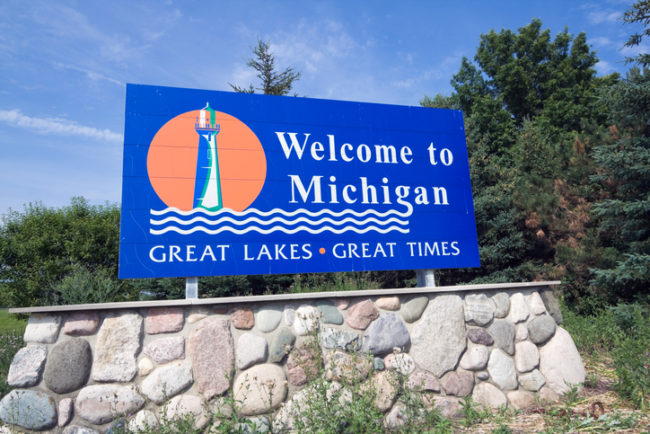 What’s PFAS? A quick recap — per and polyfluoroalkyl substances (PFAS) are a group of human-made toxic chemicals. PFASs were used to make some of the most common consumer products, including Gore-Tex clothing, Teflon cookware, Scotchgard stain-repellant for carpets or furniture fabric, and were also used in firefighting foams. The biggest threat of exposure to PFASs is through our drinking water supply.

Back to Michigan — Michigan’s Kent County is home to several landfills that were used as dump sites for a local tannery. From 1980 to 1986, sludge containing large levels of PFASs were dumped into the landfills. The argument goes, that over the years, the chemical made its way into the county water supply and, not surprisingly, is now showing up in the blood of local residents. As an aside, if tested, almost everyone in the country would have at least some low levels of PFAS in their blood.

Just last month, tests found the highest level of PFASs ever recorded in a private well at a private home. The home was near one of the landfills that contained the dumped waste, and recorded over 800 times the state’s maximum recommended levels for PFOA and PFOS (both subsets of PFASs) in drinking water. Residents with high PFAS levels in drinking water have been provided with whole-house water filtration systems, but it hasn’t been enough to stem the fear of the residents in Kent County.

County officials are continuing to investigate the situation to determine the breadth of the contamination. After record levels of PFASs were found in well water, the county agreed to test the water supplies of homes surrounding the landfills. In the meantime, the county is providing bottled water to all homes, and will provide filtration systems to those homes that are found to have contaminated water.

Kent County, as mentioned, is considering an extensive blood testing program as part of a research study. The testing would not be meant to diagnose or treat residents whose blood is found to have high levels of PFAS. The intention of the blood testing program, like that of New York’s, is to determine how high levels of PFASs in the water have translated to levels of PFASs in the human bloodstream. Blood testing has already uncovered one resident who has five million PPT of combined PFASs in her blood, the most that experts have ever recorded. This particular resident lived across the street from the most heavily used landfill, and has received a water filtration system. She has no plans to move.

PFASs long-term effects on the human population have not yet been subject to widespread study. When completed, the Michigan studies could provide critical information about the exposure level and effects on individuals to PFASs through drinking water.