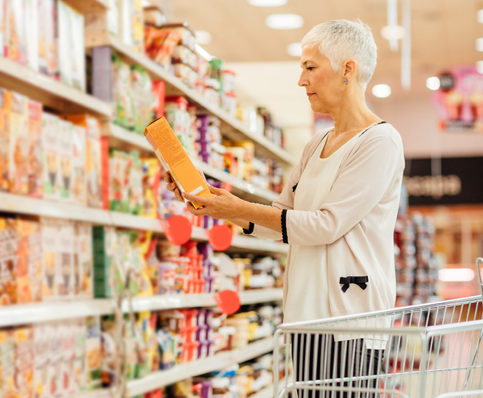 The Environmental Working Group (EWG) – a consumer products testing and environmental advocacy organization – recently commissioned a new round of laboratory tests that it claims detected traces of glyphosate in various popular cereals and snack food. Glyphosate purportedly was in these foods because it is used in herbicides applied to various source crops, such as grains and corn.

According to EWG, some of these findings exceed the organization’s threshold for glyphosate. EWG’s thresholds are far lower and more stringent than governmental standards, such as those of the Environmental Protection Agency. For example, regarding product-concentration density, the EPA suggests a safe range of from 0.1 to 310 parts per million, which equates to 100 to 310,000 parts per billion. Another sharp contrast between EWG and regulatory authorities is with respect to daily dosage. For example, the EWG claims that there should be a daily glyphosate ingestion limit of 0.01 milligrams, while the EPA currently categorizes a dose of 140 milligrams per day as within acceptable safety parameters. (See EPA R.E.D. Facts, EPA-738-F-93-011.) The disparity between the governmental safety standards and the advocacy group is thousands of magnitudes apart.

Glyphosate has made headlines in recent years, particularly following the 2015 World Health Organization’s International Agency for Research on Cancer’s (IARC) classification that glyphosate is “probably carcinogenic” to people. However, in 2016, the IARC, in conjunction with the United Nations’ Food and Agriculture Organization (FAO) qualified the 2015 findings in a risk assessment. Specifically, IARC and FAO found that glyphosate is unlikely to cause cancer in people via dietary exposure. The joint study concluded that glyphosate residue on food is “unlikely to pose a carcinogenic risk to humans.” (See Food Safety: Frequently Asked Questions, World Health Org. www.who.int.) The 2016 findings are not considered contradictory to the prior study, because the 2015 data evaluated the potential for cancer without taking into account the actual risk and ways in which exposure could occur.

More recently, glyphosate has been at the center of several high-profile personal-injury jury verdicts over the past year, including awards to plaintiffs in the amounts of $80 million, $289 million, and, most recently, a record-setting $2 billion verdict. Those cases focused on dermal exposures stemming from the actual application of the weed killer Roundup and whether or not such exposure is causally related to non-Hodgkin’s Lymphoma. Those lawsuits and the underlying science supporting the claims are vigorously disputed.