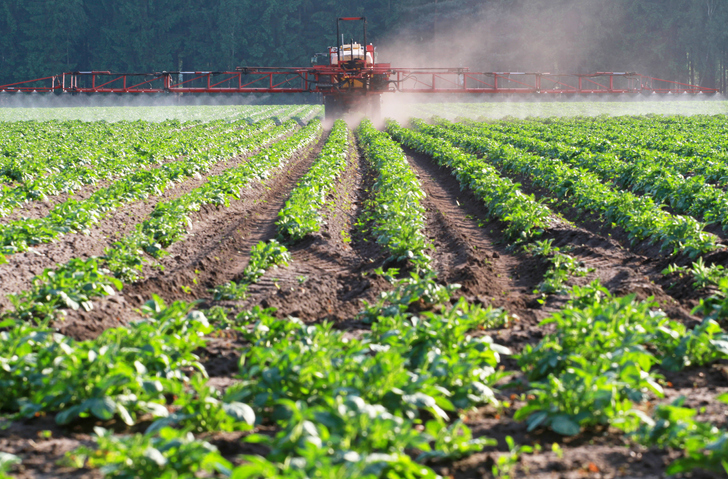 A southeast Missouri jury has awarded a peach farm $265 million in damages after a three-week trial in federal court. The lawsuit, filed by Bader Farms, alleged Monsanto and BASF are to blame for extensive damage to its peach farm because their dicamba-based herbicides drifted onto its orchards from neighboring fields.

Bader Farms’ attorney argued that the companies created a joint venture, and “conspired to create an ecological disaster” to increase profits on dicamba-tolerant seeds. Monsanto and BASF denied those allegations and claimed that the damage on Bader Farms had nothing to do with dicamba. Monsanto’s XtendiMax and BASF’s Engenia, both dicamba-based weed killers, were released in 2017. The products were designed to kill weeds that have become resistant to glyphosate, a weed killer sold commercially as Roundup.

On Friday afternoon, the jury returned a verdict in favor of Bader Farms on all counts and awarded $15 million for damages from the negligent design of the products and negligent failure to warn regarding the products. The jury found that punitive damages were appropriate and the judge set a hearing for Saturday morning to determine the amount.

After the hearing, the jury awarded an additional $250 million dollars in punitive damages.

Bayer said it would appeal and issued a statement saying it was “disappointed with the jury’s verdict. While we have empathy for Mr. Bader, Monsanto’s products were not responsible for the losses sought in this lawsuit.” “Despite the verdict, Bayer stands behind Xtend seed and XtendiMax herbicide products, which enjoy a 95% weed-control satisfaction rate from the farmers who use them,” the company said. “We want our customers to know that, as this legal matter continues, we remain steadfast in our commitment to delivering them the effective and sustainable tools they need in the field.”

Moving forward, there remain hundreds of pending lawsuits against Monsanto and BASF where farms have alleged damages to their crops from the use of dicamba. Those suits are likely to increase in number as plaintiff’s attorneys attempt to seize on the publicity of this first verdict.