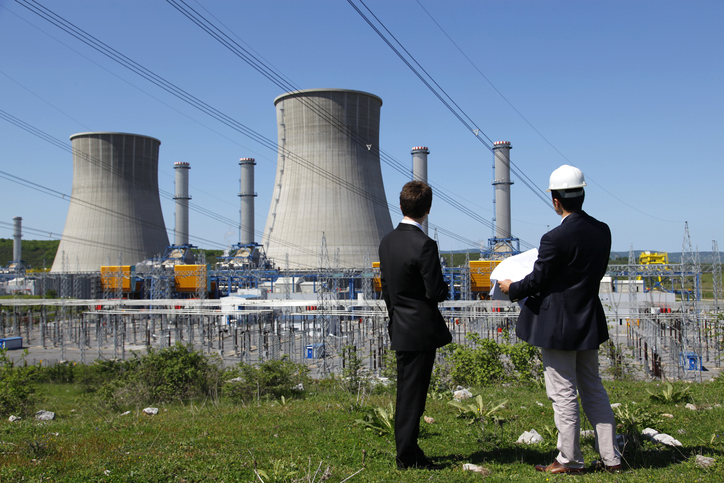 In early October 2019, the United States Department of Energy (DOE) and the United States Nuclear Regulatory Commission (NRC) executed a memorandum of understanding to share technical resources and expertise to accelerate the development and implementation of advanced nuclear technologies. Under the agreement, the DOE would run a National Reactor Innovation Center (NRIC) with a goal of funneling private sector funds to the testing and validation of reactor concepts, and would assist potential providers of advanced nuclear technology with guidance through relevant regulatory processes. The NRC, which has the responsibility of licensing new nuclear technology, including demonstration reactors created for the purposes of demonstrating commercial applications, would share its expertise regarding safety, and would be granted access to observe and contribute to developments at the NRIC.

With more than 50 companies in the United States currently working on nuclear energy innovations, it is believed that the partnership will accelerate the ability of these companies to get their power-generating technology properly vetted, licensed, and in the marketplace.

While governmental support for this green energy source is growing, next generation nuclear technology is also finding its way into popular culture. Last month, Netflix debuted a documentary titled Inside Bill’s Brain: Decoding Bill Gates, in which, among other explorations, Gates outlines his belief in the potential of nuclear power to assist in the battle against climate change. Gates’ company TerraPower is in the process of developing demonstration reactors utilizing varying technologies. Their traveling wave reactor (TWR) runs primarily on depleted uranium, the waste remaining from older nuclear technology. It is theorized that a TWR could run on depleted uranium for decades. Additionally, TWRs use liquid sodium as a coolant, and operate at much lower temperatures than older nuclear technology, making them less vulnerable to meltdown-type accidents. TerraPower is also developing a molten chloride reactor, which efficiently uses molten salt as both a coolant and a fuel medium. However, at an estimated cost of $3 billion, the barriers to entry are obvious and public support will be needed.

Despite growing support in the energy sector and the credence of a brilliant self-made billionaire whose foundation reportedly spends more on global health annually than most countries, nuclear power remains a divisive issue, and one that will no doubt play a part in upcoming elections. Of the many active candidates for the Democratic presidential nomination, only four have been publicly supportive of an expansion of nuclear power. Fear remains an enormous barrier, given the specter of events at Fukushima, Chernobyl, Three Mile Island, and other nuclear power plants. Like Bill Gates, nuclear futurist Mark Schneider has been vocal in trying to allay lingering anxieties and misconceptions regarding new nuclear technology. He points out that even America’s worst nuclear accident, which occurred 40 years ago at Three Mile Island in central Pennsylvania, exposed only a relatively small group of people to the amount of radiation that one would get from four dental x-rays. Schneider also points out that the worst of the events at both Fukushima and Chernobyl involved steam explosions generated by heated water, a process that would be absent in new nuclear reactors. Fears of omnipresent, indestructible nuclear waste also color the public’s thinking about the downsides of nuclear. However, while the old technology’s light water reactors produced much more nuclear waste than next generation nuclear technologies, the total volume of waste produced by the U.S. nuclear industry over the last 60 years is still small enough to fit on a football field at a depth of about seven yards. The next generation nuclear technology can use existing, and new nuclear waste as a fuel source. Further, nuclear futurists envision using what thermal energy is emitted from nuclear power generation to desalinate sea water, and to de-carbonize energy intensive industrial processes.

While the DOE/NRC partnership is a step in the right direction, laws leftover from the 1970s are still on the books, banning the reprocessing of spent fuel, and banning the use of certain other fuels. If next generation nuclear is to find a greater foothold as an antidote to climate change, more steps will need to be taken in both the private and public sectors.