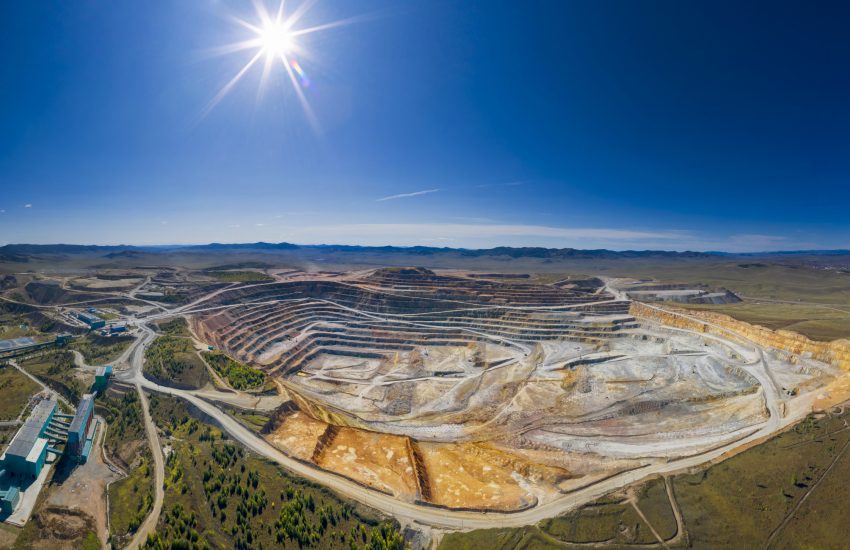 Thanks to the streaming mega hit Yellowstone, and perhaps Kim and Kanye’s brief stint in Wyoming, the West is no longer reserved for John Wayne wanna-bes and would-be snowboarders or adventurers looking to escape metropolis. In fact, our western states, historically rural and rugged, have attracted what some would consider too much attention, drawing not just the tourism of city slickers, but also the attention of big industry. While some westerners welcome industrial development and the resulting increase in job opportunities, many today are concerned that the government’s momentous shift away from an emissions-intensive economy based on fossil fuels to one powered by renewables, battery packs, and electric vehicles, is short-sighted and actually doing far more harm than good in its quest to source battery minerals—namely lithium—domestically.

In particular, a longtime Nevada rancher, situated in Thacker Pass at the base of the Montana Mountains proximate to Oregon, filed suit last year to block a lithium developer’s plans to construct an open-pit mine in what is said to be the largest known lithium deposit in the United States, alleging (among other claims) that the mine project infringed its natural resource permits. The rancher’s lawsuit cites a host of objections to the lithium mine, calling out the U.S. Bureau of Land Management’s (BLM) Record of Decision (ROD) approving the Thacker Pass mine for violating sections of the Endangered Species Act (ESA), as well as the National Environmental Policy Act (NEPA), despite the BLM’s knowledge of anticipated adverse environmental impacts to wildlife, ground and surface waters, and riparian vegetation within and outside the project area.

The rancher maintains that the BLM acknowledged potential adverse environmental impacts of the project, yet chose to overlook the same, allowing the mine’s plans to proceed though they conspicuously did not conform to the BLM’s own visual resource protection requirements. Specifically, the lawsuit cites EPA warnings that a plume of contaminated water exceeding Nevada pollution standards could extend a mile from the open-pit mine some 300 years after it closes.

The 1,000 acre Thacker Pass lithium mine is anticipated to operate for 46 years and, at full production, is estimated to produce a quarter of today’s global lithium demand. On paper, the proposed mine sounds like a no-brainer solution to the increased demand for nationally-sourced green energy in our transition away from fossil fuel dependence toward the highly touted renewable lithium technologies. The Thacker Pass mine is said to shore up American viability in the emerging lithium market while simultaneously creating hundreds of jobs. However, 46 years and hundreds of jobs are not numbers that necessarily persuade environmentalists, local ranchers, and Indigenous communities to buy in to the benefits of the promised progress. Opponents claim that the mine, when geopolitical calculations are stripped away, represents an experimental technique that involves the burning of hundreds of tons of sulfur daily, the consumption of 11,300 gallons of diesel fuel every day, extreme noise pollution, and pumping smog into otherwise untouched federal lands.

Some environmentalists argue that the proposed 400-foot-deep mine, which extends well below the water table, will require workers to pump out groundwater to keep the pit dry, promising to compromise Nevada’s most precious resource—water—by its proximity to nearby aquifers. Though the BLM overlooks this risk, opponents maintain that the project could make surrounding land uninhabitable to native vegetation and endanger local wildlife, including prairie falcons and a rare snail species.

Environmentalists, Ranchers, Indigenous Communities Join Forces Against the Lithium Mine

Environmental groups and tribal organizations who back the rancher have also joined in the fight against the Thacker Pass mine. Over the course of the past year, these groups have raised a number of additional concerns about how the footprint of the mine, specifically how noise pollution generated by its operation, will likely affect populations of the greater sage-grouse as well as migration patterns for other wildlife species.

Last month, in what seemed to be a foreboding blow to the local rancher and nearby indigenous communities who have spent the past year challenging the BLM’s approvals of Lithium Nevada’s plans, a federal judge rejected a local tribal nation’s request for a preliminary injunction to block Lithium Nevada from breaking ground despite evidence of the proposed project being a Native American burial site on the basis that the footprint of the planned work was relatively modest. After several attempts to thwart construction of the Thacker Pass mine to protect historical graves within the project’s footprint, U.S. District Judge Miranda M. Du disagreed with the tribe’s position that injunctive relief is necessary, finding that the tribe failed to meet their burden of establishing that they are in fact entitled to the “extraordinary remedy” of injunctive relief. Lithium Nevada, in defense of Judge Du’s ruling, insists that the imminent ground disruption will disturb only 0.25 acres.

On the heels of Judge Wu’s decision, Lithium Nevada received the remainder of its state permits, which means that groundbreaking will likely commence with the spring thaw. However, the rancher’s fight against the mine is not over. The case awaits appeal on the merits of the claims that BLM’s approval of Lithium Nevada’s plans violated federal environmental statutes and was improperly and unlawfully arbitrary. A ruling is expected this fall. While this decision is presently on appeal before the 9th Circuit Court of Appeals, to date, the Court has yet to rule on the heart of the matter—that being whether the BLM erred in granting a permit for the mine.

Resounding Voices Against Lithium Beyond the Courtroom

Since the inception of the rancher’s lawsuit, environmental watchdogs have taken stage outside the courtroom, establishing a protest encampment atop the federal public land where the would-be mine is intended, drawing increased media attention to the potential hazards of lithium and raising the curiosity of other would be plaintiffs. Regardless of the unfavorable litigation tally, the encampment and its impassioned protestors press on, continuing to draw the attention of journalists and likeminded activists who intend to continue their fight against what they believe to be yet another act of destructive industrial development under the guise of service to the greater good in the nation’s quest for homegrown lithium.

While the ruling is currently in lithium’s favor, a future where environmentalists, ranchers, and indigenous tribes lock arms and challenge lithium by arguing its dangers suggests the momentum may undoubtedly shift and lead to a new wave of lithium-focused litigation.