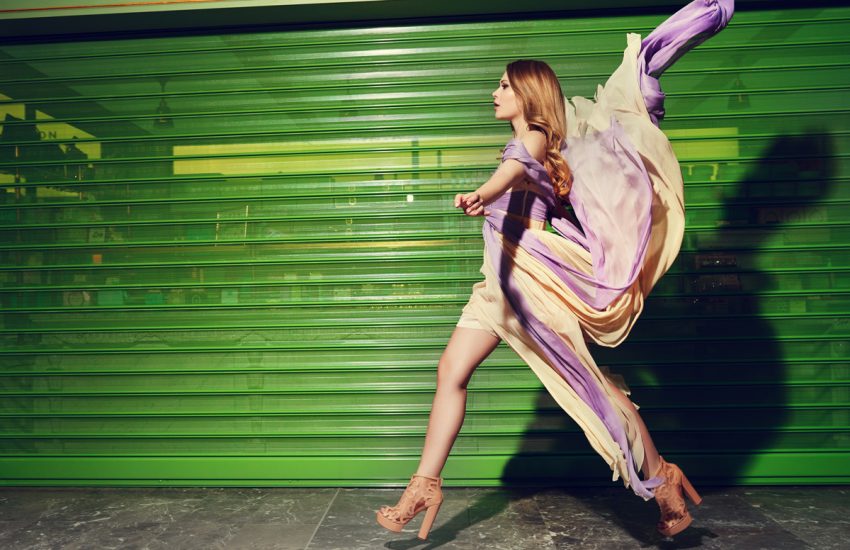 Sustainability is the new black dress in the fashion world. As the need to address climate change becomes more urgent, it is no longer fashion forward, hip, or trendy to walk the red carpet in non-durable apparel/garments. Likewise, designers and textile manufacturers who neglect to embrace the paradigm shift toward making fashion a remedy for climate change will likely be left behind.

The fashion value chain is complex and threatening to the environment, with greenhouse gas emissions generated from the beginning to the end of a garment’s life cycle. A few alarming facts about the world’s third-largest manufacturing sector, behind the automobile and technology industries:

In a global economy where carbon emissions are considered taboo, these statistics signify a massive strike against the fashion industry at large.

It’s no secret that soil is a fundamental element of our global ecosystem; we need it to grow food and to absorb CO2. Environmentalists have shamed the fashion industry for its contribution to soil degradation through overgrazing of pastures in wool production, use of chemicals to grow cotton, and deforestation resulting from wool-based fibers like rayon and viscose. The fashion industry has exported its production business overseas in pursuit of cheap labor, landing in countries without strict environmental regulations and resulting in untreated textile wastewater finding its way to navigable waters.

In the current operating model—a/k/a “fast fashion” or clothes that are cheap to make and cheap to buy whereby by the pace of design and production is amped up—the fashion industry remains on a trajectory that will exceed the Paris Agreement’s 1.5-degree climate mitigation pathway. For example, as a result of the fast fashion scheme, fashion house collection launches are no longer just seasonal, and low-cost clothing stores now offer new designs almost weekly. This accelerated pace of production has precipitated an increase in consumption whereby the average individual today purchases 60 percent more clothing than s/he did twenty years ago. As a result, clothing has become largely disposable. A family in the western world throws away an average of 30 kg of clothing each year. However, less than 15 percent of used clothing is recycled into new garments or donated, leaving the rest destined for incineration or the landfill. It is estimated that at this pace, the fashion industry needs to reduce carbon emissions by 1.1 billion metric tons by 2030 to stay below the 1.5-degree threshold.

The fashion industry elicits $2.4 billion from consumers globally each year and directly employs over 75 million people throughout its value chain. Its very presence in and precondition to the global economy presents an obvious challenge for clothing manufacturers to thrive and meet production demands while simultaneously becoming an ally of the climate and advocate of sustainability. The modern production-consumption paradigm in and of itself is a bit of a conundrum for an industry that is considered a trendsetter—being unsustainable and contrary to the global suitability momentum is indeed a death-sentence. However, the fashion industry worldwide is calling for a new textile economy and summoning technology for support.

How Have the Fashion Houses Responded to the Paradigm Shift?

Over the past decade the fashion world has responded to the sustainability trend in many ways and has, in much regard, become a beacon of change. In 2009, the Copenhagen Fashion Summit was the first significant appearance of a sustainable fashion event, followed by the UN sponsored Green Fashion Week in 2010. In 2017, fashion icon Stella McCartney spoke out about the fashion industry as “incredibly wasteful and harmful to the environment.” That same year, the initiative “Fashion Switch” was launched during London’s Fashion Week, where UK brands were encouraged to switch to green-energy suppliers by 2020. In 2018, Connect4Climate initiated “Sustainability Dialogues in the Design Industry’” during Milan’s Fashion Week, which then lead to H&M declaring its commitment to make their garments from 100 percent recycled or sustainably sourced materials and Burberry agreeing to stop its practice of burning unsold clothes. Shortly thereafter, Yves Saint Laurent, Balenciaga, and Gucci announced their commitment to carbon neutrality and halving their GHG emissions by 2025.

Leading brands are earnestly responding by identifying fiber alternatives and exploring more eco-friendly production processes with the end goal of producing more durable and sustainable clothing that can be readily recycled into other products, thereby aiding in the overall reduction of fashion pollution. Given that 72 percent of our clothing is made of synthetic fibers (such as polyester) that are non-biodegradable and can take up to 200 years to decompose, the green police are challenging the fashion industry to be innovative for the sake of the environment and climate change, and the industry is responding. While historically considered a prolific waste generator, the fashion industry intends to reinvent itself by creating bioengineered fabrics to reduce emissions and mitigate waste disposal.

For example, fish skins and natural dyes are replacing chemicals; fruit skins are substituting furs; backpacks and purses are increasingly made out of discarded canvas; and athletic shoes and apparel are now derived from new materials extracted from plastic dumped into the ocean. Likewise, Patagonia, well-known as one of the primary brands to engage in an aggressive environmental agenda, became the first outdoor clothing manufacturer to use 100 percent recycled polyester from plastic water bottles in the production of its iconic fleece. Companies like Patagonia, Levi’s, Madewell, and Reformation now actively promote sustainability initiatives by offering a return policy whereby customers’ used garments are up-cycled. In Finland, a company named Spinova has transformed wood fibers into recyclable fibers without the use of harmful chemicals such as caustic soda, carbon disulfide, and sodium hydroxide, which are commonly found in viscose. Spinova’s technique is promising because it is far safer, uses less resources, and stands as inspiration that sourcing sustainability is not implausible for other companies.

What does this all mean?

The fashion police are no longer concerned about whether or not you wear white after Labor Day or mix plaids and stripes. Rather, the fashion police have gone green and their new prerogative is far more meaningful as they challenge fashion designers and textile manufacturers to find ways to remedy the role the industry itself has played in harming the environment.

First, there is global push to radically change norms and social conventions by calling for consumers to support a shift to “slow fashion” by only purchasing garments that endure. With that, consumers are being asked to consider a “wardrobe diet” by buying fewer textiles over time. Second, designers for large-scale and boutique fashion houses alike have been called on to produce two or fewer collections a year while producing more durable goods, reducing waste and promoting a circular economy. This quest will undoubtedly merge fashion with technology—bolstering both industries—and trigger a similar aggressive response across all industry sectors, not just fashion. At the end of the day, the runway dictates all trends.

This quest will undoubtedly merge fashion with technology—bolstering both industries—and trigger a similar aggressive response across all industry sectors, not just fashion. After all, at the end of the day the runway dictates all trends.