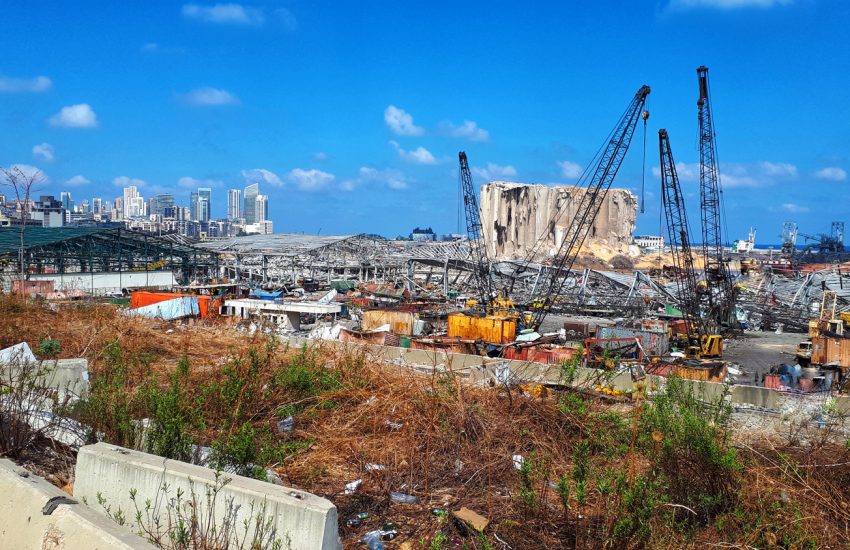 The explosion in the port of Beirut earlier this month was caused by—according to Lebanese officials—ammonium nitrate, and serves as a reminder of the deadly power of this chemical when recklessly stored or when there is an absence of oversight of its use.

Indeed, the Lebanese disaster echoes similarly fatal explosions involving ammonium nitrate at chemical plants in industrial pockets of the United States. Moreover, it is a primary chemical component of the livestock manure and fertilizer blanketing ever-expanding farms flung across the nation that have caused widespread proliferation of contaminated sources of drinking water, leached land, and certain fatal cancers. The Beirut disaster prompts renewed scrutiny of the United States’ own use and regulation of ammonium nitrate.

Notably, at the end of 2019, the United States Environmental Protection Agency rolled back the Chemical Disaster Rule (CDR), which was finalized under the prior administration’s EPA. The CDR was meant to prevent blasts such as the one that prompted the rule in the first place, which occurred in 2013, in the city of West, Texas, when 80,000 pounds of ammonium nitrate ignited. The CDR strengthened chemical safety and storage procedures, expanded public transparency as to which chemicals were stored at sites, required “root-cause” analyses following significant chemical releases and independent audits, and directed companies to share emergency planning plans with local first responders. Following the recent rollback of the regulation, however, there have already been no fewer than five chemical explosions in the Houston area alone. In response, Harris County, in which Houston is located, sued the U.S. EPA earlier this year to overturn the rollback of the CDR. In the interim, Texas will have to rely on its own state law, passed in 2015, that specifically strengthens rules concerning the storage of ammonium nitrate. Not all states have backup chemical regulations, however, and the unevenness–or absence–of such laws across the country begs reassessment.

There has been a similar refocus on the legal requirements concerning agricultural and livestock pollution caused by ammonium nitrate. As farms have expanded across the country, bringing with them fertilizer and manure that is rich in ammonium nitrate, states have increasingly stepped in to establish legal limits and fill the void when the federal government has failed to respond with commensurate regulation. For example, Wisconsin’s Department of Natural Resources has begun drafting new restrictions of fertilizer use in order to decrease nitrate pollution. The new rules, which will require legislative approval, are expected to be completed in 2022, but already face challenges from the agricultural industry. The proposed rules are popular with many Wisconsin constituents. Another example of local leadership regarding the hazards of ammonium nitrate is the State of New Mexico, where it has launched an investigation into and monitoring of a dairy farm’s pollution of groundwater, partially due to the farm’s excessive nitrate run-off.

Ammonium nitrate has helped America grow rapidly into a profitable agricultural and livestock giant, providing affordable food the world over. The country has reached a point, however, where a proper and reasonable balance must be stricken between its usage and the corresponding safety to humans and the environment. Steps such as rolling back the CDR may be short-lived as this is a presidential election year and any next steps on the federal level on this issue will likely be dependent on the outcome of this year’s election.