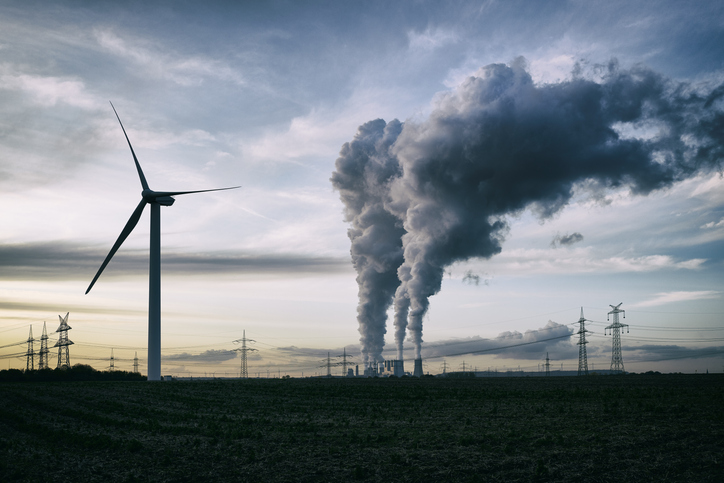 For nearly a decade, there has been a trend of decreasing industry greenhouse gas (GHG) emissions … that is, until now. According to the World Meteorological Organization, atmospheric levels of the three main greenhouse gases—carbon dioxide, methane, and nitrous oxide—all reached new record highs in 2021. In addition, these emissions have increased almost an additional 1% in the United States for 2022. Although the reason for this increase is not entirely clear, it is likely the result of both biological and human-induced processes, including a surge in gasoline use and a rebound in air travel following the COVID-19 pandemic.

While the U.S. has made strides to reduce GHG emissions, one of the challenges it faces today is pinpointing the sources of these emissions and quantifying how much they are producing. Traditionally, regulators have relied on various industries and others in the regulated community to gather information on GHG emissions, such as air emissions inventories and other self-reported data, for each individual source. Unfortunately, due to limited reporting requirements, incomplete and/or outdated inventories, and underestimates in reported emissions, these sources of information do not accurately portray what is really happening with GHG emissions.

In fact, new data suggests that among the top countries that report their oil and gas production emissions to the United Nations, these emissions are in reality as much as three times higher than the self-reported data. Where did this seemingly “new” information come from? The answer lies in artificial intelligence (AI). By using satellite coverage, remote sensing, machine learning, and AI, it is now possible to identify and analyze sources of GHG emissions that were previously invisible to the human eye and undetectable by traditional modeling methods.

For example, Climate TRACE, a global non-profit coalition created for independently tracking GHG emissions, uses more than 300 satellites, over 11,100 air, land and sea-based sensors, and additional public information to build models of GHG emission estimates. These models are then used to train AI to spot even subtle differences in satellite imagery and data patterns.

Last week, Climate TRACE released the most detailed facility-level global inventory of GHG emissions to date, including emissions data for over 70,000 individual sources worldwide. These sources include power plants, steel mills, urban road networks, oil and gas production and refining, shipping, aviation, mining, waste, agriculture, transportation, and the production of steel, cement, and aluminum. With the ability to now access and track information on millions of major GHG emissions sources at our fingertips, the next question becomes whether and how to use this data in the future to regulate GHG emissions. As it turns out, here in the U.S., we may not have to wait long for the answer.

On the heels of Climate TRACE’s findings, the Biden-Harris administration announced a proposal to cut methane pollution by 87% below 2005 levels by 2030. As part of their proposal, the administration would establish a “super-emitter response program” that uses data from regulatory agencies or approved third parties with expertise in remote methane detection technology to identify large-scale emissions for immediate action.

Therefore, it is very likely regulators will soon employ the use of AI developed by third parties, such as Climate TRACE, in some capacity to monitor and/or enforce GHG emissions. At the very least, others across the country and around the world will almost certainly use this information to keep a close watch on companies they are now working with or are considering whether to engage in business activities in the future.