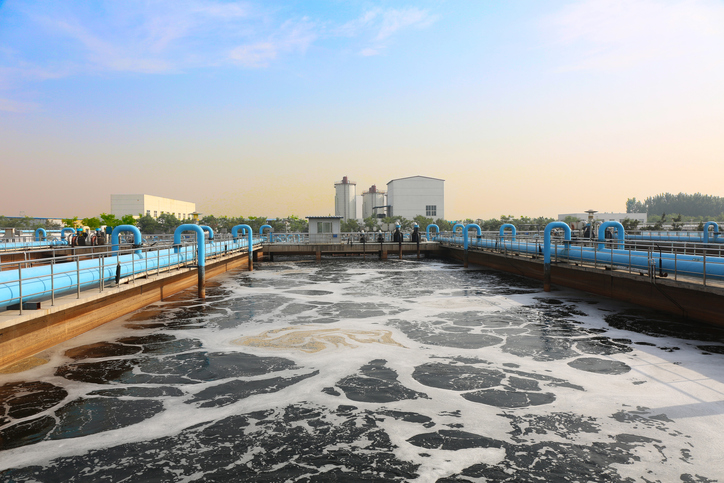 Late last week, a pair of lawsuits on water contamination were filed in the U.S. District Court for the Eastern District of New York on behalf of local water authorities. Back in the news is the emerging contaminant 1,4-dioxane, which made headlines in late 2017 in a related and similar groundbreaking lawsuit that sought to recover costs against major manufacturers for the design, construction, installation, operation, and maintenance of water treatment facilities and equipment required to remove the 1,4-dioxane from drinking water wells. The same plaintiff’s law firm that filed that 2017 action has again filed a duet of similar actions concerning contaminated drinking water on Long Island, NY.

As background, 1,4-Dioxane is a synthetic industrial chemical that is completely miscible (mixes in all proportions) in water. It may migrate rapidly in groundwater ahead of other contaminants and does not volatilize rapidly from surface water bodies. The EPA considers 1,4-Dioxane “a likely human carcinogen” and characterizes it as “highly mobile” and not “readily biodegradable.” 1,4-Dioxane is a likely contaminant at many sites contaminated with certain chlorinated solvents (particularly 1,1,1-trichloroethane [TCA]) because of its widespread use as a stabilizer for those chemicals. The EPA indicates that 1,4-Dioxane is used in “paint strippers, dyes, greases, varnishes and waxes” and is also found as an impurity in anti-freeze and aircraft deicing fluid, and in consumer products like shampoos, deodorants, cleaning detergents, and cosmetics.

The plaintiff, Bethpage Water District (Bethpage), is a public drinking water provider that allegedly serves about 33,000 residents and businesses in Nassau County, New York. Bethpage serves its customers with eight production wells that draw water from the Long Island aquifer system. Bethpage brought this lawsuit to “protect the public and restore its damaged drinking water supply wells, which are contaminated by the toxic chemical 1,4-dioxane.” It is alleged that 1,4-dioxane “migrated from multiple sources through the subsurface and into the groundwater, and now contaminates all of the Bethpage district wells.” The lawsuit names two sets of defendants: “manufacturers, distributors, and retailers” (i.e., supplier defendants), and “entities related to the Northrop Grumman Corporation” that disposed of and released substances containing 1,4-dioxane…”

Bethpage claims that the supplier defendants “knew or reasonably should have known that this harmful compound would inevitably reach groundwater, significantly pollute drinking water wells, render drinking water unusable and unsafe, and threaten the public health and welfare…” It separately alleges that Northrup Grumman “knowingly and willfully handled, stored, treated, transported, and/or disposed of substances containing 1,4-dioxane at their Bethpage facilities in a manner that caused 1,4-dioxane to enter the groundwater aquifer and invade the District’s wells…”

Bethpage seeks damages “to recover the substantial costs necessary to protect the public and restore its damaged drinking water supply wells…” as well as reimbursement “for the costs of designing, constructing, installing, operating, and maintaining the treatment facilities and equipment required to remove the 1,4-dioxane from its drinking water wells…” The lawsuit asserts six causes of action: (1) strict products liability for defective design of products containing 1,4-dioxane; (2) strict products liability for failure to warn against “latent dangers resulting from foreseeable uses of the products”; (3) negligence; (4) public nuisance; (5) trespass; and (6) a citizen enforcement action for contribution to an imminent and substantial endangerment under the Resource Conservation and Recovery Act (RCRA) (Note: Plainview Water District asserts the same causes of action, minus the RCRA claim because Northrup Grumman is not named as a defendant). Of further note, both Bethpage Water District and Plainview Water District list as a “related case” the similar November 2017 Suffolk County Water Authority action (SCWA Action).

That November 2017 action was the first major lawsuit filed by a public water facility for contamination arising from the release of 1,4-Dioxane into water supplies. Consistent with the SCWA Action, the new suits assert similar causes of action and seek similar types of damages against major manufacturers. (Note: the SCWA Action defendants filed a 12(b)(6) motion seeking dismissal of all these claims, but it was only granted as to the private nuisance claim).

Both Bethpage and Plainview point out that although there is no enforceable federal or New York State drinking water standard for 1,4-dioxane, in mid-December 2018 the NYS Drinking Water Quality Council “recommended an MCL of 1 ppb for 1,4-dioxane, rendering enforcement imminent.” While the United States Environmental Protection Agency (EPA) has historically exercised its regulatory authority over many environmental contaminants, there are also many “emerging contaminants” that are not yet regulated. The EPA defines these emerging contaminants as chemicals or materials that are characterized by a perceived, potential, or real threat to human health or the environment or by a lack of published health standards. The EPA has included 1,4-Dioxane on its Safe Drinking Water Act (SDWA) Contaminant Candidate List 3, which names unregulated contaminants that are: (i) currently not subject to any proposed or promulgated national primary drinking water regulations; (ii) known or anticipated to occur in PWSs; and (iii) may require regulation under the SDWA.

All of these suits are notable because they target deep-pocket manufacturers or users of a product where 1,4-Dioxane is simply a nominal byproduct. Due to chemical degradation and dilution of the product in question, the plaintiffs seem to have a steep hill to climb in proving causation against the manufacturers as well as combatting the defendant’s traditional products liability affirmative defenses. As was raised in the SCWA Action, statute of limitations issues may arise in the new actions as well (i.e., how early were the water authorities aware of the alleged contamination). We anticipate more similar suits involving 1,4-dioxane as the plaintiffs firms continue their investigation of the chemical and its impact on communities and water supplies. We’ll be following these cases closely, and monitoring any similar suits that are commenced.