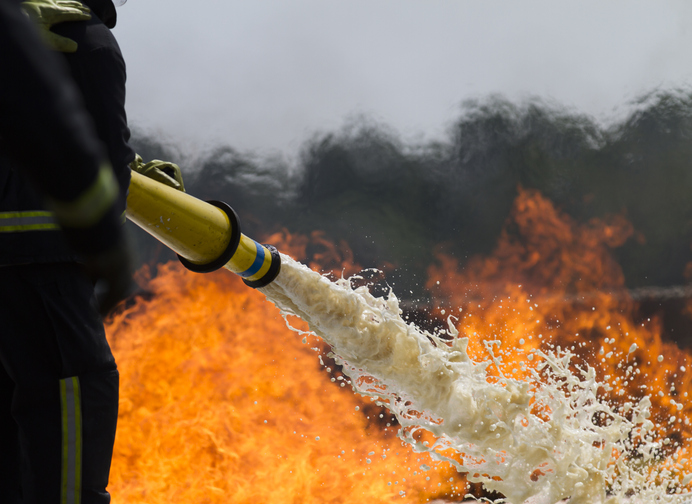 We recently reported that the lately-inaugurated governor of New Mexico, Michelle Lujan Grisham, has taken a strong stance on environmental issues, including oil and gas development. Now, the state has taken further steps to enforce its contamination laws and improve the state’s environmental profile. Last week, the State of New Mexico filed suit against the United States based on PFOS and PFOA contamination originating at two Air Force bases — Cannon Air Force Base in eastern New Mexico and Holloman Air Force Base in southern New Mexico. The lawsuits are based on violation of the New Mexico Hazardous Waste Act, the state’s version of RCRA.

As with many PFAS suits against the federal government, New Mexico’s lawsuit concerns the use of firefighting foam, which contained the harmful chemicals. From the 1960s through recent years, military installations made frequent use of firefighting foam, including in training exercises. Once used, the foam would often seep into the soil and allegedly contaminate both soil and groundwater. Last October, Cannon Air Force Base informed New Mexico’s Environmental Department, Department of Health, and Department of Agriculture that PFAS had been detected in groundwater both on- and off-base, resulting in an advisory for nearby residents to use bottled water until further testing and possible remediation could be completed. At the time, the state departments pledged to work collaboratively with the Air Force to address the issue. Apparently, the governments’ collaborative efforts have broken down.

Last July, the New Mexico Water Quality Commission added PFOA and PFOS to the list of toxic pollutants the state regulates. Some states, such as California and New Jersey, have set limits for PFOA/PFOS contamination in drinking water as low as 13-14 parts per trillion, and the EPA is actively working toward setting a maximum contaminant level for PFAS. For the time being, however, EPA has only set a lifetime health advisory of 70 parts per trillion for PFAS, and New Mexico joined several other states in adopting that limitation. The Air Force reported detection of PFAS in off-base wells around Cannon Air Force Base with concentrations ranging from 25 to 1,600 parts per trillion. On-base monitoring wells have detected concentrations above 26,000 parts per trillion.

New Mexico’s lawsuit is just getting started, and it is unclear what course the litigation will take. Last December, the judicial panel on multidistrict litigation consolidated 75 lawsuits involving groundwater contamination from firefighting foams, including at least one lawsuit against the United States. If New Mexico’s lawsuit were to be joined with the consolidated cases, the early stages of the lawsuit might proceed much more quickly than usual.

New Mexico joins a number of states taking action on PFAS, and it is unlikely to be the last. We expect that the already-burgeoning world of PFAS litigation will only continue to expand.