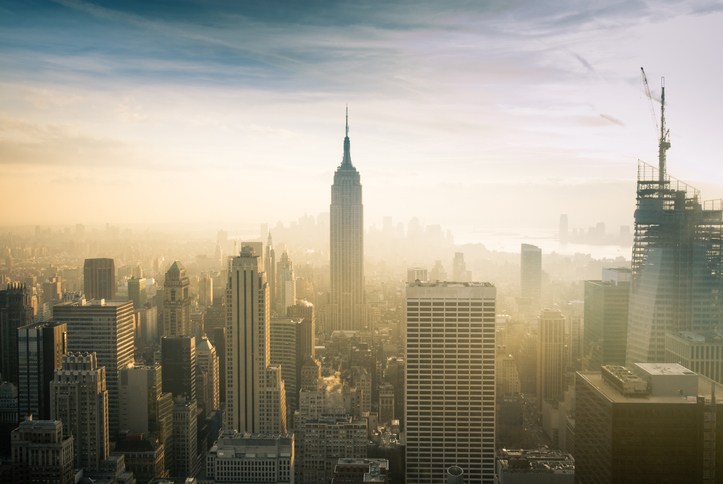 Last week, the EPA issued a final rule denying New York state’s bid to have the EPA issue enforceable daily emissions standards for hundreds of emission sources in upwind states in order to allow the New York Metro Area and Chataqua County to comply with 2008 and 2015 national ambient air quality standards for ground-level ozone under the Clean Air Act. The EPA ruled that the state failed to prove that the upwind pollution sources are interfering with its efforts to comply with the NAAQS.

The CAA’s good neighbor provision allows a state to petition the EPA to find that any major source or group of stationary sources in an upwind state emits or would emit any air pollutant in violation of the prohibition of CAA section 110(a)(2)(D)(i). The EPA then evaluates the petition using a four-part test. First, the EPA determines whether the state has identified downwind receptors that are expected to have problems attaining or maintaining the NAAQS. Then, the EPA determines which upwind states are linked to these identified downwind air quality receptors. For states linked to downwind air quality problems, the EPA identifies upwind emissions (if any) on a statewide basis that will significantly contribute to nonattainment or interfere with maintenance of a standard at a receptor in another state. Finally, for any such emissions, the EPA determines what reductions may be necessary.

The EPA found that New York’s petition failed the first and third parts of the test. That is, New York failed to show—and the EPA’s own assessment did not show—that the New York Metro Area or Chataqua County would have issues attaining the 2008 or 2015 NAAQS for ground-level ozone. Further, the EPA ruled that New York failed to demonstrate that the upwind sources identified in the petition would interfere with those areas’ ability to meet the NAAQS.

A significant wrinkle in the EPA’s ruling is that the EPA implemented the good neighbor provision using the Cross State Air Pollution Rule. In a recent ruling, the D.C. Circuit held that the rule is inconsistent with the CAA because it does not fully address upwind states’ obligations under the good neighbor provision by the relevant attainment date for downwind areas. As a result, the EPA may be forced to reassess New York’s position once the CSAPR is modified to comply with the D.C. Circuit’s ruling.