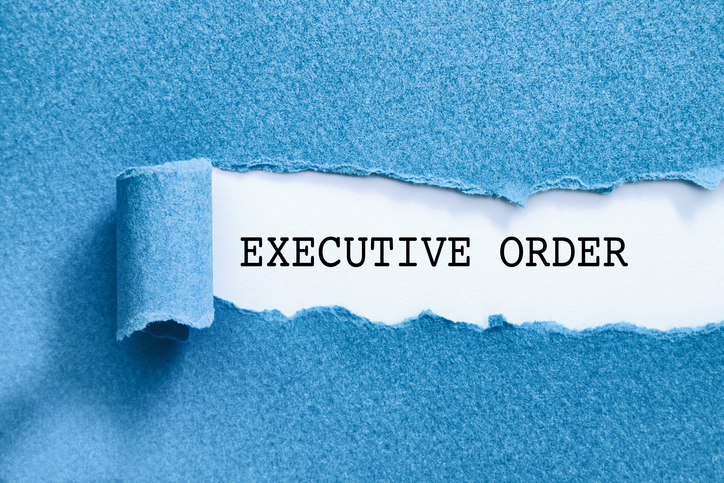 On April 10, 2019, the Trump administration published Executive Order 13868, “Promoting Energy Infrastructure and Economic Growth,” which directs the EPA Administrator to, “consult with states, tribes, and relevant executive departments and agencies in reviewing section 401 of the Clean Water Act and EPA’s related regulations and guidance to determine whether any provisions thereof should be clarified to be consistent with the policies described in section two of this order.” The policy referred to in section two states, in relevant part:

It is the policy of the United States to promote private investment in the nation’s energy infrastructure through:

(a) efficient permitting processes and procedures that employ a single point of accountability, avoid duplicative and redundant studies and reviews, and establish clear and reasonable timetables;

This policy is justified by the order’s stated purpose:

To enable the timely construction of the infrastructure needed to move our energy resources through domestic and international commerce, the Federal Government must promote efficient permitting processes and reduce regulatory uncertainties that currently make energy infrastructure projects expensive and that discourage new investment.

So, what is wrong with promoting “energy infrastructure and economic growth?” As it turns out, as expressed through this executive order, quite a bit. To see what, it is important to understand that Section 401 of the Clean Water Act (CWA) requires that an applicant for a federal license or permit obtain a certification that any discharges from the proposed facility will comply with the CWA, along with state-established water quality standard requirements. According to the Trump administration and multiple energy development companies, the requirement for state approval of a project is the problem. Recent such problems, for example, are highlighted on the West Coast by Washington State’s denial of Millennium Bulk Terminals’ request to build and operate a coal terminal along the Columbia River that would have been used to prepare coal from the western United States for export to Asia, while East Coast problems are highlighted by New York State’s denial of a permit to Constitution Pipeline Co., which had sought to build a natural gas pipeline from Pennsylvania through New York to Northeast markets.[1]

With the aim of limiting a state’s ability to delay or cancel an energy infrastructure project, the executive order takes aim at a state’s regulatory authority under CWA Section 401 in several ways. First, it directs the secretaries of the interior, agriculture, and commerce to: “(a) develop a master agreement for energy infrastructure rights-of-way renewals or reauthorizations; and (b) within one year of the date of [the] order, initiate renewal or reauthorization processes for all expired energy rights-of-way grants, leases, permits, and agreements.” Second, it directs the secretaries of transportation and energy to, “submit a report to the president … regarding the economic and other effects caused by the inability to transport sufficient quantities of natural gas and other domestic energy resources to the states in New England and … other regions of the nation [and], … assess whether, and to what extent, state, local, tribal, or territorial actions have contributed to such effects.”

From a local environmental perspective, limiting a state’s ability to modify or cancel a project will have significant impacts, as exemplified by the New York denial of a permit for the Constitution Pipeline and from Washington State’s concern over water quality in the Columbia River if the Millennium Terminal would have been built. From a climate change perspective, the problems with this Executive Order 13868 are obvious. At a time when the world is being warned that it has less than 30-years to make drastic reductions in fossil fuel emissions to avoid atmospheric warming greater than 1.5°C to avoid the associated dire climate impacts associated with an even greater temperature rise, this order goes in the exact opposite direction, prioritizing fossil fuel production, export, and consumption, in a misguided bid for US “energy dominance.” Both locally and globally, the potential effects of Executive Order 13868 are concerning, although any ultimate changes to Section 401 of the CWA likely will run through Congress and the courts.

[1] The Constitution Pipeline was approved by the US Federal Regulatory Commission in 2014, but the New York Department of Environmental Conservation denied the company’s application in April 2016 citing concerns over whether the project could comply with the state’s water quality standards. Just recently, however, a federal court ordered federal regulators to rehear a challenge brought by the company to the New York decision (Constitution previously lost its appeal to the 2nd Circuit.)