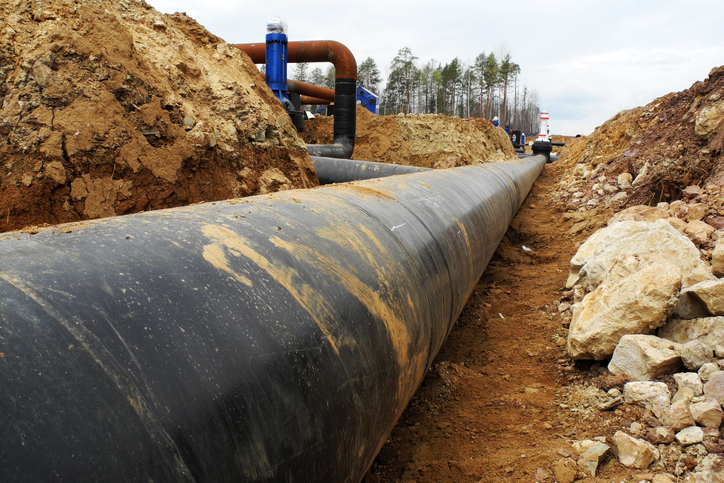 In a split decision, a bipartisan four-commissioner panel of the Federal Energy Regulatory Commission (FERC) approved an application by Transcontinental Gas Pipe Line Co. LLC for a construction certificate. Transco plans to upgrade several portions of a pipeline that serves the northeast region of the country, including parts of New York City and New Jersey.

Specifically, the project involves construction of approximately 14 miles of pipeline in Pennsylvania, New Jersey, and Queens County, New York, 23 miles of offshore pipeline near Queens and Staten Island, plus construction of a new compression station in Somerset County, New Jersey and other ancillary facilities. The estimated cost of the project is $926.5 million, and it will allow gas companies to continue to convert approximately 8,000 customers per year in New York City and Long Island from heating oil to natural gas.

Environmental groups opposed the project because of its anticipated greenhouse gas emissions, among a host of other reasons. The groups’ request for a formal hearing were denied because the commission determined that it could resolve all issues of fact based on the written submissions. A full Environmental Impact Statement was prepared under the National Environmental Policy Act as part of the approval process. The EIS concluded that construction and operation of the new pipeline and compressor station will result in some adverse environmental impacts, but impacts will be reduced to “less-than-significant” levels when Transco implements mitigation measures on which approval of the project was conditioned. The compressor station will emit at least six hazardous air pollutants at levels in excess of current New Jersey reporting thresholds, but Transco received its air permit for the compressor station before the current reporting thresholds were established, and the thresholds do not apply retroactively. In approving the project, FERC stated that it cannot determine how significant the project’s greenhouse gas impacts will be, but it concluded that the project will have minimal environmental impact.

FERC approved the project in a 3-1 vote. The “swing vote” commissioner performed her own supplemental greenhouse gas analysis of the project and concluded that the gas supplied by the project would have a net-positive environmental impact because it would replace more carbon-intensive heating oil. Nonetheless, the commissioner who voted against the project decried the decision as “inconsistent with the law, arbitrary and capricious, and not the product of reasoned decision-making”. The contrary commissioner believed the commission’s refusal to estimate the amount of greenhouse gas emissions that will result from the project runs afoul of a 2017 decision by the D.C. Circuit that requires FERC to do so in pipeline cases.

While Transco hopes to begin construction on the project this fall, the project could be held up by litigation. Environmental groups have had some success in recent years fighting pipeline projects in every available forum. It is probable that they will continue that strategy in this case, especially in light of what they may consider favorable precedent. It remains to be seen whether the significant groundwork performed in preparing the EIS will hold up to continued court scrutiny.