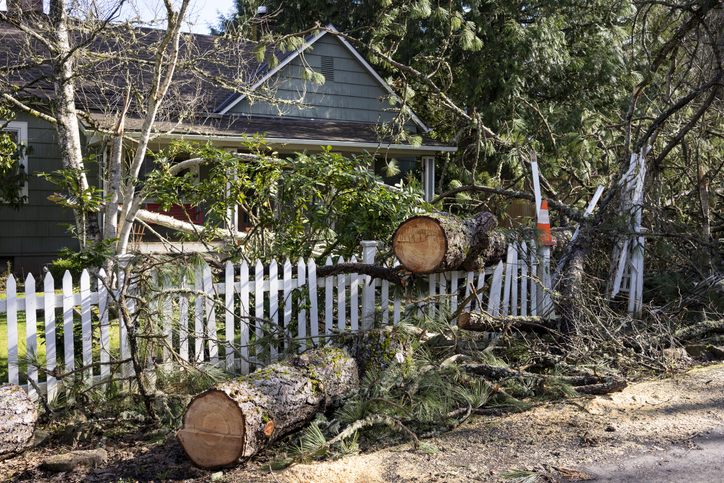 Perhaps Floridians know best that the calm after the storm is really just proverbial. In truth, the environmental aftermath of Hurricane Ian may be the greater storm to overcome – one from which west Florida and the Gulf Coast may not easily recover.

Hurricane Ian unleashed a path of destruction across the southeast on September 28, 2022, when it made landfall as a Category 4 storm, devastating the state of Florida and its Gulf Coast. The catastrophic statistics are self-evident: Ian’s apocalyptic storm surge of 10–15 feet caused property damage with losses estimated to be over $50 billion. However, aside from the obvious destruction to residential communities, flooded vehicles, marooned vessels, and mangled roadways, Ian left scars not only on the land but also in the water. The less palpable but perhaps more enduring damage is the lurking residual carnage caused by record-high flood waters that washed organic matter from sewage pipelines and toppled portable toilets, as well as pollutants such as gasoline and motor oil from partly submerged vehicles, into Florida’s waterways.

In truth, Hurricane Ian presented nature’s cruelest conundrum. First, there was too much water and now, there is not enough – that is, not enough uncontaminated water. Specifically, Floridians’ access to safe drinking water is of the utmost concern. In Lee County alone, badly damaged water provider systems left bereft of the electricity needed to keep water flowing during the storm and plagued by broken lines thereafter have affected a population of nearly 760,000 people. In the wake of Ian’s toll, city workers and concerned citizens have filed hundreds of pollution reports to the state’s Department of Environmental Protection. Among the reports are numerous instances of leaking diesel and discharged battery acid from trucks caught in floodwaters, the release of 2,300 gallons of sodium hypochlorite (bleach) from a pipeline, and a surfeit of pesticides and herbicides from farms and properties.

Thus, while the news coverage of Hurricane Ian has waned, the true new story of Ian’s environmental aftermath is just beginning to unfold.

Wastewater Treatment Facilities – In the aftermath of Ian, excess water prompted over a dozen wastewater treatment facilities in Florida to discharge either raw or partially treated waste which, according to the DEP, contains bacteria or other disease-causing organisms as well as high levels of nitrogen and phosphates, posing imminent harm to the environment and drinking water supply.

Smaller Infrastructure – The extent of the cumulative damage to Florida’s water quality is further difficult to discern because of the many smaller types of infrastructure, like home septic tanks, that are not monitored by the state. Likewise, another potential waste threat comes from farms, golf courses, and municipal parks who typically use large amounts of fertilizer that entered rivers and streams after Ian’s heavy rain and flooding. Problematically, the state doesn’t monitor runoff at these locations, yet since they are so prolific, even a small leakage from a few such sites in the aggregate may add up to a significant impact on the environment.

Phosphate Plants – Florida produces most of the country’s phosphate, a key component of fertilizers, in a region east of Tampa called the Bone Valley. About 30 million tons of phosphate, a slightly radioactive waste, is generated every year in this region. The pools at those phosphate sites can hold hundreds of millions and, in some cases, billions of gallons of wastewater containing radon, uranium, radium, and other carcinogens. Downpours from Ian prompted Florida’s phosphate plants to release waste, creating another health and environmental risk to Floridians and Florida’s aquatic and wildlife.

In the immediate days following Ian’s storm surge, NASA satellite images captured evidence of a significant increase in runoff of pollutants and soils comingling with overflowing rivers and bays, collectively spilling into the ocean. Scientists explain that the resultant visible brown water contains a substance called tannins, or dissolved organic matter, that floats near the top of the water, making the once blue-green waters resemble tea or coffee. The prominent brown discoloration in near-shore waters translates to a distinct and problematic change in the clarity of the water, or turbidity, which over time reduces the amount of dissolved oxygen in the water and raises surface water temperatures, threatening fish spawning and ultimately threatening Florida’s fishing industry.

While scientists do concede that routine overrunning of fresh water into the ocean is a natural process and not necessarily a harmful occurrence on a small scale, Hurricane Ian catapulted the natural system into overdrive. For example, too much floating organic matter, evident post-Ian, is known to block sunlight from reaching plants in the ocean, thereby decreasing plants’ ability to make food through photosynthesis and eventually leading to the death of plant life. This will result in oxygen-deprived waters that will make it difficult for plants and, in turn, fish to survive. Of particular concern are the Gulf sea grasses, which not only provide a habitat for native ecosystems, but also help prevent erosion. Researchers are keeping a close eye on the Gulf and surrounding ocean waters because only time will determine the weight of Ian’s environmental impact; the longer it takes for the water to settle out, the more at risk Florida remains, environmentally and fiscally.

As a result of the post-surge runoff from farms, factories, gas stations, and residential yards, significant nutrients, particularly nitrogen and phosphorus, have increased algae blooms threatening human and aquatic life. Harmful algal blooms, also known as red tides, are now especially prevalent on the western coast of Florida and will likely affect fisheries key to the state’s economy. Even as recently as November 1, microscopic algae called Karenia brevis (commonly known as red tide) were present at high enough concentrations to cause respiratory issues for people in Charlotte, Lee, and Sarasota counties. From Sarasota Bay south to Naples, levels of bacteria in the water remain elevated and well above what the criteria are for bacteria in Florida’s waterways.

As the east coast braces itself for tropical storm Nicole this week, we are reminded that months later, the Sunshine State remains ravaged from the aftermath of Hurricane Ian and at risk for long-term and sweeping environmental effects.