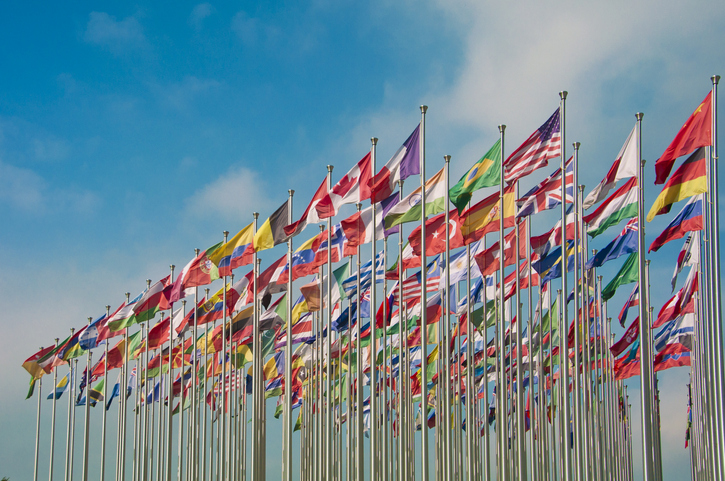 Due to increasing droughts, wildfires, flooding, and more severe storms, most of the scientific community and political leaders around the world agree that climate change is a real and significant threat facing this planet requiring more action to be taken sooner rather than later to address.

Those that share this assessment also agree that it cannot be left up to just one nation to stifle further climate change. In an effort to foster international cooperation, every year since 1995, a large-scale global event takes place that seeks to put all these concerns and efforts to address on one large table.

This year’s event entitled “COP27” will take place in Sharm El-Sheikh, Egypt from November 6 to 18, 2022.  “COP” stands for “conference of parties” and has taken place 27 times. In attendance will be representatives from all of the governments that have signed onto the world’s most significant climate change agreements, namely the Paris Agreement, The Kyoto Protocol, and the United Nations Framework Convention on Change (UNFCCC).

Expected to be in attendance at COP27 will be some of the world’s premiere leaders, including President Joe Biden, new UK Prime Minister Rishi Sunak, French President Emmanuel Macron, Spanish Prime Minister Pedro Sanchez, and German Chancellor Olaf Scholz, to name but a few of the more than 200 governments that have been invited. Due to the ongoing war in Ukraine, Russian President Vladimir Putin is not expected to go, but Russia will still send delegates. So far, there are over 30,000 people registered to attend representing governments, businesses, NGOs, and civil society groups around the world.

On this year’s agenda, as has been for the past 27 COPs, will be the steps these participating nations are each taking to identify, address, finance, and respond to the undeniable effects of climate change. The agenda is expected to focus on three main areas: (1) reducing emissions, (2) assisting governments to prepare for and handle climate change, and (3) securing technical support and funding for developing countries for each of these goals.

Some see this year’s COP as a critical test of whether the international process can respond to and hopefully prevent the worst-case predictions associated with climate change. 194 countries agreed in the 2015 Paris Agreement to aim to limit the rise in the global average temperature to “well below” 35.6 degrees Fahrenheit – and ideally below 34.7 degrees Fahrenheit – as compared to pre-industrial levels. Under the Paris Agreement, all 194 countries was tasked with making their own decisions as to how much their country would reduce emissions every year to meet this goal. The treaty then called for a re-assessment every five years to revise those targets, or as the treaty calls it, a “ratchet mechanism.”

Last year’s COP in Glasgow, Scotland, was the first test of this ratchet mechanism since the 2015 Paris Agreement was signed, and the results were underwhelming. Governments submitted targets in Glasgow that were not strong enough to limit global warming to the levels hoped. Each of these countries has been tasked with submitting stronger targets at this year’s COP27.

The United Nations released a report last month that indicates that many countries’ current emission reduction plans will raise the global average temperature 37.04 degrees Fahrenheit above pre-industrial levels and that there is “no credible pathway” to the goal of keeping the increase to only 34.7 degrees Fahrenheit.

According to Simon Stiell, the U.N. Climate Change’s executive secretary, the countries are “still nowhere near the scale and pace of emission reductions required to put us on track toward a [34.7 degrees Fahrenheit] world.” He urged the participating nations to “strengthen their climate action plans now to implement them in the next eight years.”

A full copy of the anticipated COP27 schedule can be found here.