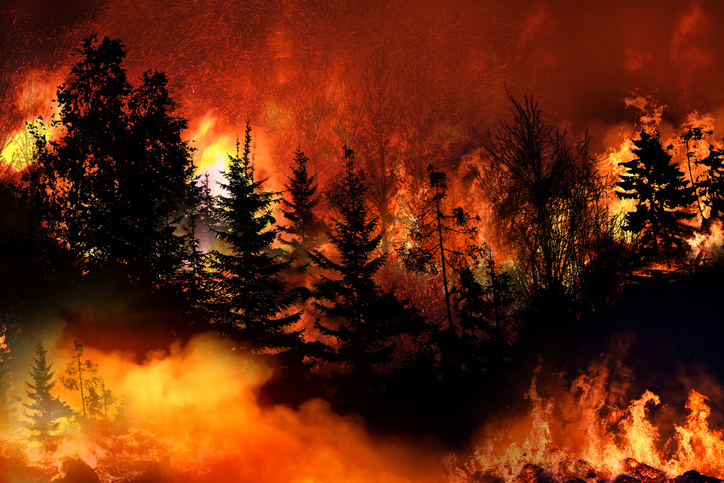 Lawmakers from both parties, in both houses of Congress, have proposed bills intended to speed up forest-management projects that reduce wildfire fuels, like brush and small trees, which can cause large-scale fires of the sort seen in Western states over the past few years.  The House has already passed the Wildfire Response and Drought Resiliency Act (“WRDRA”), a package of 49 bills that, among other things, will provide investments to improve fire-adapted ecosystems, protect communities against catastrophic wildfires, and enhance drought resiliency.  The Senate, on the other hand, is considering the Effective Forest Management Act (“EFMA”) of 2022, a more-targeted bill intended to reduce the risk of catastrophic wildfire and improve forest health.  But the politics surrounding these bills may result in neither of them becoming law.  Some senators have reservations about the WRDRA due to its broad scope.  The wildfire portion of the legislation (H.R. 5118) would authorize additional investments beyond the 2021 bipartisan infrastructure law (Public Law 117-58) for the federal government’s 10-year strategy to prevent and mitigate wildfire. It would also require a minimum of $20 per hour for federal firefighters, along with other benefits and hiring authorities for the Forest Service.

Opponents argue that the WRDRA would create programs and authorizations without guaranteeing funding to carry them out.  These opponents also believe that the WRDRA would add additional red tape rather than streamlining environmental regulations in a way that would allow the efficient thinning of wildfire fuels.  They also note that the word “thinning” does not appear in any of the WRDRA’s 49 bills, raising question whether wildfire-fuel reduction is even a goal of the WRDRA.  Proponents of the WRDRA will need to address these Senatorial concerns if they wish to move it on to President Biden’s desk.

The Senate’s bill, on the other hand, is a bipartisan effort sponsored by Senators John Barrasso (R-WY) and Joe Manchin (D-WV).  The EFMA focuses issues like the lengthy forest project permitting process, which they argue takes too long, leaving wildfire fuel in forests and contributing to hotter, more intense fires.  While this bill is more narrowly aimed at making the fuel-thinning process speedier, it too has run into political obstacles—environmentalists argue that EFMA would bypass environmental analysis and community input under the guise of wildfire mitigation and potentially open the door to excessive logging.  If the bill’s sponsors are not able to get the environmental lobby on board, the EFMA might be dead in the water.

Whether or not these proposals pass, the Biden administration has been able to take some unilateral action with funds authorized by the recent infrastructure bill.  Congress provided $1.8 billion to the Forest Service for hazardous fuel reduction projects such as thinning and brush removal, with a focus on projects that have already undergone environmental assessment. The infrastructure law provided $5 billion for wildfire management over the next five years.  The administration has used $1 billion of these funds to create a Community Wildfire Defense Grant program.  And the Interior Department devoted nearly $40 million in September from the infrastructure law aimed at reducing wildfire risk and rehabilitating burned areas in six Western states—a sum that adds to a promised $131 million from the Forest Service to address high-risk forests this year.

While these projects should help wildfire mitigation at the margins, it is unlikely the Biden administration can reach its forest-management goals without the help of additional legislation.  Both the WRDRA and EFMA could help meet these goals, but only if the bills overcome the political obstacles currently standing in their way.