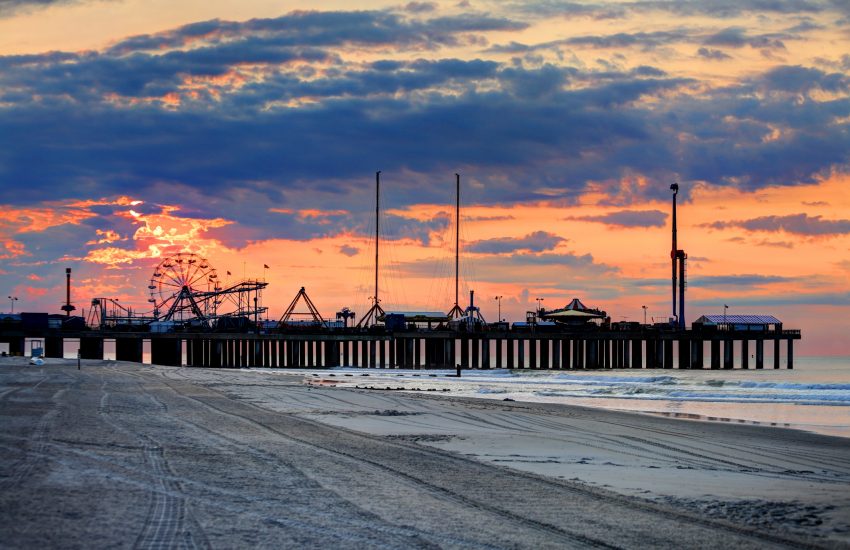 New Jersey may be most (ashamedly) well-known for its Snooki legacy courtesy of MTV’s Jersey Shore, but Gov. Phil Murphy intends to re-brand the Garden State as an ambassador of clean, green, and renewable energy. Earlier this month, ceremoniously (and rather ironically) from the infamous Seaside Heights Boardwalk, the Governor approved four renewable energy focused bills aimed to collectively bolster New Jersey’s clean energy agenda, setting the stage for New Jersey to become 50% reliable on clean energy sources by 2030, and 100% reliable by 2050, representing a colossal shift in the state’s reputation from being the target of mocking memes to an auspicious green powerhouse.

What’s perhaps most surprising about this quartet of new bills is that they are the result of New Jersey’s own self-imposed clean energy initiative and not derivative of a federal mandate otherwise begrudgingly realized. In truth, it should come as no surprise to the naysayers that New Jersey is on the forefront of clean energy innovation with climate change imminently threatening the survival of its cherished coastal communities and prized farming industry.

Just in case anyone is keeping track of gubernatorial bonus points, New Jersey’s new clean energy bills are expected to not only combat climate change head-on and chip away at what the governor characterized as “our fossil fuel addiction,” but also grossly stimulate the state’s economy.

Pedal to the Metal on Electric Vehicles

Echoing Gov. Gavin Newsom’s aggressive climate-focused agenda in California, Murphy is looking for New Jersey to likewise be fully reliant on clean and renewable energy by 2050. In achieving this robust goal, 34% of the clean and renewable energy is intended to be solar energy, with 330,000 electric cars on the road by 2025. Currently, there’s roughly 41,000 electric cars on the road in New Jersey, a number historically hampered by residents’ concerns over affordability and access to charging stations. However, two of the new bills tackle the roadblocks that have stymied efforts to implement charging stations in neighborhoods and communities throughout the state.

First, Senate Bill 3223 scales back municipal zoning and planning laws around building new electric charging stations, laws that may have previously precluded the installation of such stations due to cost, bureaucratic red tape, and permitting delays upwards of 6 months. With Bill 3223, in order to add a charging infrastructure to a facility, you simply file for a zoning permit, pay $75 (representing a savings of $5,000 to $10,000) and wait less than two months for approval. In an effort to encourage the development of zero-emission vehicle fueling, the companion law—Assembly Bill 1653—incentivizes municipalities to embrace the shift to electric vehicles by offering accessible options for how municipalities can include electric vehicle charging stations in a variety of redevelopment projects.

The Garden State or the Solar State?

New Jersey may need to swap one kitschy logo for another and convert its nickname to the solar state if Assembly Bill 4554 indeed accomplishes what it intends to in overhauling the current lackluster incentive program to more earnestly entice homeowners and businesses alike to transfigure to solar energy. The bill establishes a revised solar renewable energy certificate program, coined SREC-II, which will allow customers who generate their own solar electricity to sell it off to buyers in exchange for SRECs to recoup the out-of-pocket expense of building the solar panels. Currently, New Jersey boasts approximately 142,000 solar installations, ranking it among the top ten states generating electricity from solar, marginally behind Massachusetts and Nevada and ahead of Utah and New York. New Jersey’s goal is to generate a total of 3.75 gigawatts of new solar energy by 2026, with 1,500 megawatts of solar energy locally produced and 750 megawatts generated by community solar facilities. This means the clock is ticking. To achieve this ambitious goal, the fourth new law—Assembly Bill 5434—creates a statewide pilot program that allows farms to appropriate unpreserved land for solar energy. There are upwards of 4,000 acres of useable farmland in New Jersey, which proponents of the law advocate makes the generation of 200 megawatts of farm-grown solar energy quite achievable within the next three years.

There’s plenty of opportunity for businesses and industry to take advantage of SRECs. CenstraState Healthcare System in Freehold recently completed the installation of solar carports in the majority of its parking areas around the medical center and ambulatory campus, in addition to a solar farm at the back of the property allowing CentraState to generate approximately fifty percent of its energy consumption and achieve savings of nearly a half million dollars in energy costs. These solar holdings represent the state’s largest hospital solar installation and, hopefully, serve as a beacon for other medical centers as well as corporations and industrial parks to follow suit.

Though not part of the quartet of bills signed this month, as further evidence of the state’s radical quest for clean and renewable energy, New Jersey is set to build revolutionary infrastructure to harness offshore wind capacity of 7,500 megawatts by 2035. The nations’ largest offshore wind farm, coined Ocean Wind, will soon rise fifteen miles off the coast of Atlantic City, encompassing 250 square miles of open ocean, producing 2,700 MW of clean, green, and renewable energy. Ninety-nine sleek turbines will be erected, looming more than fifty stories above the ocean’s surface, to power 500,000 New Jersey homes. Other states have developed wind farms on land, such as Texas, Nebraska, and South Dakota, but for New Jersey, offshore wind is a no-brainer for the state bordered by water on three sides. To date, Ocean Wind has already bolstered the state’s economy; the New Jersey Board of Public Utilities estimates that the construction, development, and operation of the new offshore wind site will employ 7,000 residents and involve $43.5 billion of spending in the near future.

Additionally, a German consortium of turbine manufacturers has agreed to set up a manufacturing facility in Glouchester County. Not only will the offshore wind farm drastically reduce the use of fossil fuels and combat the treacherous effects of climate change targeting the state, but the project will also establish New Jersey as a player in the global clean-energy supply chain, leveraging its position long term and bolstering the state’s economy for the foreseeable future.

Trenton Makes, The World Takes has remained a somewhat empty and unfulfilled slogan for the state, but if all goes according to plan, these four new bills—together with the offshore wind farm—will position New Jersey as one of the nation’s top innovators by modernizing its energy sector. Indeed, fully transforming Dirty Jersey to Clean Jersey may be ambitious, but one wonders if anything revolutionary ever seems less than grand and slightly implausible. One thing is for certain: If any state can pull it off, it’s resilient New Jersey.