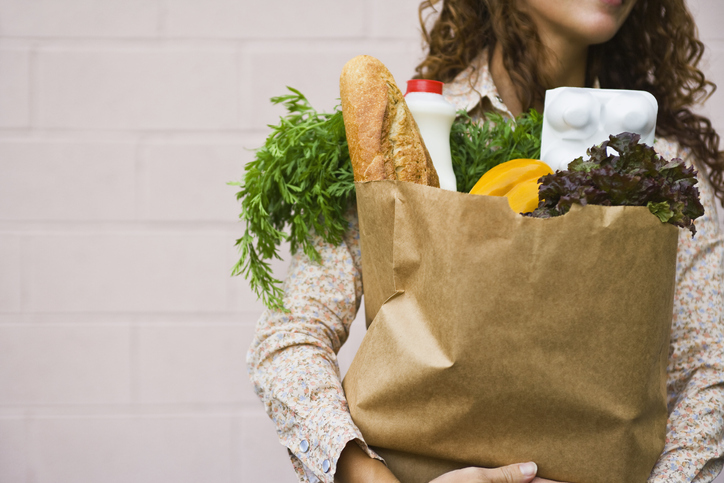 Across the United States, local governments and state legislatures have focused their efforts on reducing and/or eliminating the use of plastic bags at grocery stores and other businesses. Such a reduction is significant to reducing harmful impacts suffered in oceans, lakes, rivers, forests, and other natural habitats for creatures. Furthermore, the implementation of regulations and bans prohibiting the use and sale of plastic bags focuses on improvements in recycling efforts, which is aimed to increase awareness of the negative side effects of the prevalent use of plastic bags.

Before delving into states’ individual regulations and efforts, it is important to understand key statistics regarding the use of single use plastic bags reported by the Center for Biological Diversity:

In response to the significant impact the use of plastic bags has on the global environment, eight states have banned single-use plastic bags. Beginning in 1991, Maine became the first state to require recycling efforts at retail stores vis-à-vis legislation. This law prevented retailers from supplying plastic bags unless they simultaneously provided a storefront area designated for bags to be collected and recycled. In 2009, the District of Columbia mandated a five cent surcharge on all businesses that sell food or alcohol for each carryout paper or plastic bag. According to data collected by the Sierra Club, the five cent fee has resulted in a nearly 80 percent decline in use of single-use plastic bags.

In August 2014, California became the first state to provide a statewide ban on single-use plastic bags at large retail stores. Additionally, the California bill required a 10-cent minimum charge for recycled paper bags, reusable plastic bags, and compostable bags at certain locations. However, some states have taken less aggressive approaches, and have instead imposed fees or taxes associated with the sale of plastic bags. The legislative efforts taken by each state has varied, as state lawmakers have introduced nearly 100 bills in 2019 related to plastic bags. In order to understand the prevalence and severity of the regulations. Depicted below is a map created by the National Conference of State Legislatures, which shows the efforts taken by each state regarding plastic bags:

As recent as March 1, 2020, New York State has implemented a ban on the sale of single-use plastic bags to reduce pollution and protect fish and wildlife. According to New York Governor Andrew Cuomo, New Yorkers use 23 billion plastic bags annually. In fact, Governor Cuomo was quoted regarding the impact of plastic bags, saying “Twelve million barrels of oil are used to make the plastic bags we use every year and by 2050 there will be more plastic by weight in the oceans than fish. We need to stop using plastic bags, and today we’re putting an end to this blight on our environment.”

​However, not all states have taken the same aggressive efforts to mitigate the impact of plastic bags on the environment. As depicted above, several states have preempted such regulations, which prohibit municipalities from adopting local ordinances that further regulate the use of plastic bags. Notably, companies involved in the plastics industry have sought such preemption to protect their interests and to block progress at regulating plastic pollution at the local level. State legislators in various states, including Florida, Wisconsin, Indiana, Iowa, Michigan, Mississippi, Missouri, and Arizona have already preempted plastic regulation on plastic bags.

Matt Seaholm, executive director of the American Progressive Bag Alliance, was quoted as saying, “First and foremost, we represent the manufacturers of plastic retail bags. We engage at a local level to provide information to local officials on the merits of any type of an ordinance that is being proposed.” Seaholm has adamantly opposed such regulations, saying that plastic bans increase costs, impose confusing regulations, and improperly shift the decision-making process away from consumers and businesses to the government entities. Seaholm recently criticized the New York ban, indicating that the new ban will “flip a switch” to mandate the needed for four to five billion paper bags, which simply is not available to the state.

​Advocates for the imposition of bans on the use of plastic bags have criticized arguments regarding the negative financial impact suffered by companies and individuals as a result of the bans. Texas, a state which as recently as 2018, ruled that plastic bag bans are not permitted as they violate state law, had previously permitted certain cities to ban the use of single-use plastic bags. Prior to the state-wide preemptive determination, the City of Austin attempted to quantify the cost to taxpayers created by bag pollution. According to information provided by the Sierra Club, Austin performed a study, which found that the costs of plastic bags imposed upon taxpayers ranged from $303,000 to $850,000 annually, and twice that amount for businesses due to litter cleanup costs, sewage and water systems maintenance and recycling machinery shutdowns.

​Companies have taken individual efforts to incentivize the use of reusable bags at their stores. Target recently issued a statement that it would offer a five-cent discount for customers using reusable bags purchased from their stores. Additionally, Target has a designated area at the front of every store location for customers to recycle their plastic bags conveniently. Additionally, Trader Joe’s uses compostable produce bags and paper grocery bags, and even offers raffle tickets for gift cards to customers who bring their own bags. Walmart is seeking to convert its private brand packaging to recyclable, reusable or compostable materials by 2025.

​As regulatory efforts continue to develop nationwide, it will be critical to understand the ecological impact of single-use plastic bags. There will be continuing debate and controversy for companies attempting to argue the significant financial impact suffered as a result of the imposition of penalties, fines, or outright bans of the sale of products with single-use plastic bags. In response, states will continue to develop their efforts to determine the appropriate balance to incentivize recycling efforts, while as not creating significant financial burdens on companies and consumers. Additionally, while there may be some credibility and support for those arguments, the resultant environmental progress and benefits significantly outweigh the short-term financial costs imposed. It will be very interesting to see the direction of regulations and bans placed on the use of single-use plastic bags moving forward, and if the federal government may attempt to create a national standard governing such products. ​