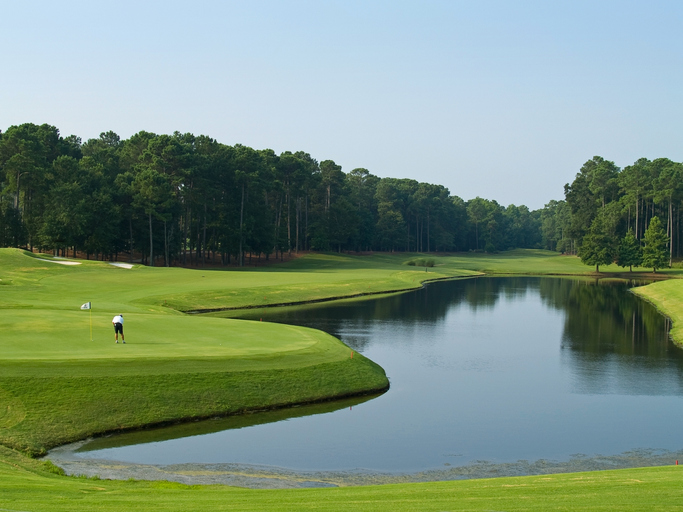 Recent utility tests of drinking water on President Trump’s golf property in Bedminster, New Jersey, revealed, for the third time this year, the presence of perflurooctanoic acid (PFOA), which is one of the more common PFAS compounds. A lab retained by the New Jersey Department of Environmental Protection measured 3.5 – 3.6 parts per trillion (ppt) of the chemical at the property. Depending on who you talk to, the levels detected could be considered low and not harmful or, alternatively, they could be considered too high and potentially harmful.

PFOA was originally used in the manufacture of Teflon non-stick cooking products and thousands of other consumer and manufacturing goods that we have all grown accustomed to using. The chemical compound is man-made, highly persistent insofar as it doesn’t breakdown in the environment, can be found in the blood of almost all Americans, and may have detrimental health effects at certain levels.

These detections at the Trump property, and many others, has landed New Jersey with the top spot as the state in the nation with the highest number of confirmed detections of PFAS in drinking water and ground water systems, a spot previously held by Michigan. Unfortunately, this isn’t an accolade that the Garden State wants.

Currently, there’s no enforceable legal limit for PFAS chemicals under the federal Safe Drinking Water Act. States, therefore, have had to fill the void left by the federal government in enforcement. NJ in particular has stepped up and led the nation in setting strict enforceable limits for these compounds. For example, NJ has already set maximum contaminant levels (MCLs) for one PFAS compound, PFNA at 13 ppt, and will soon have an MCL for PFOA at 13 ppt – which is still well above the levels detected at the president’s NJ golf property — making the president appear to be, at least for now, “Teflon Don.”