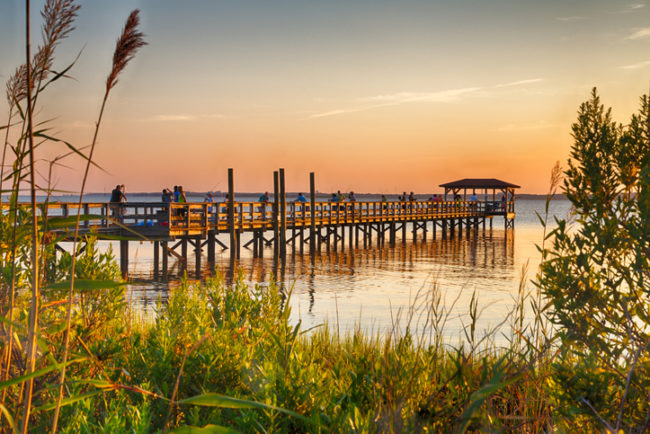 On June 20, 2017, the Chemours Company announced that it will now “capture, remove, and safely dispose of wastewater that contains the byproduct GenX,” from North Carolina’s Cape Fear River — a main supply source for the City of Wilmington’s drinking water.

The announcement last week comes on the heels of reports that the EPA is investigating whether Chemours complied with a 2009 order issued under the Toxic Substances Control Act (TSCA) that allowed DuPont (from which Chemours was spun-off) to produce GenX in its manufacturing process. As part of the 2009 order, Chemours was supposed to capture or recycle 99 percent of the GenX in its wastewater.

GenX, the trade name for a class of perfluorinated alkylated substances (PFAs), was recently detected in the drinking water in the City of Wilmington and New Hanover County, which is downstream from the Chemours plant in Fayetteville, North Carolina. The North Carolina Department of Environmental Quality (NCDEQ) and Department of Health and Human Services have also begun their own investigations.

GenX was developed to be a safer alternative to perfluorooctanoic acid (PFOA). PFOAs, also known as C8, is a chemical that’s been recently phased out of the market. Certain studies have shown C8 to be potentially carcinogenic and is acknowledged as an environmental concern due to its chemical structure’s environmental persistence and difficulty in degrading over time. C8, and its replacement chemical GenX, was and is used to manufacture everyday items, such as non-stick cookware, electrical wiring insulation, dental floss, waterproofing and fire retardant material, and other items. The long-term human health effects of the replacement chemical, GenX is still being studied and hasn’t yet been determined. Much like PFOAs, there’s no current federal regulatory standards for acceptable concentrations of GenX in drinking water. The plaintiff’s bar, however, is attempting to develop evidence to show that GenX is just as dangerous as they claim PFOAs are to human health.

As of the date of this publication, Chemours has announced that wastewater from its processing plant is now being directed into temporary storage tanks so it can be moved off-site for disposal. That said, Chemours’ position is that emissions from its Fayetteville plant involving GenX has not impacted the safety of the drinking water supply in any manner and it is taking proactive steps to address the PFA levels in the Cape Fear River.

In light of the recent events impacting Flint, Michigan, water contamination issues quickly become front and center news. Here, the Cape Fear River GenX story is no exception and has garnered significant media attention. As expected, the plaintiff’s bar has already started their advertising blitz with website alerts sounding the alarm to the Wilmington, NC community (their prospective clients) about the potential dangers lurking in their drinking water supply.

We anticipate that many studies will be coming out in the near future sponsored by the plaintiff’s bar, EPA, NCDEQ, as well as Chemours, that will attempt to track how long and at what detectable levels GenX may have persisted in the Cape Fear River and the City of Wilmington’s drinking water supply and whether or not the substance had any impact on human health. The studies will also likely drive whether claims and lawsuits ensue. This all follows what we’re seeing as a rapidly growing trend of water-related contamination issues that’s spreading throughout the country.