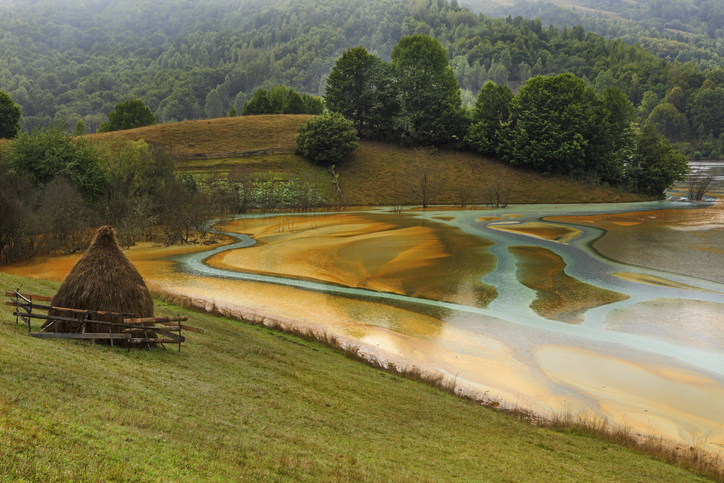 Landowners in Montana obtained a 2017 Montana State Court win, in which the court granted them permission to seek funding for additional cleanup of hazardous waste emanating from a former anaconda site contaminated with arsenic and smelter lead in order to go beyond what the Environmental Protection Agency (EPA) had already directed in its Superfund cleanup agreement for the site. In 2018, Atlantic Richfield, a subsidiary of BP and the owner of the Superfund site, which was shut down in 1980, has already utilized half a billion dollars to clean up the site, and requested that the Supreme Court halt all of the Montana State Court proceedings.

During Tuesday’s argument, Atlantic Richfield argued that, not only do the landowners not have permission to change the EPA’s plan, but that the additional remediation the landowners are seeking would, paradoxically, cause even more harm since this plan would disturb pollution deposits that the EPA’s plan purportedly deliberately meant to leave untouched. The Montana landowners, however, argued that the original EPA plan did not go far enough in accounting for the damage done to their respective properties neighboring the former Anaconda facility. They further argued that they nor the Montana State Court needed the EPA’s permission to seek additional funding because the landowners are not potentially responsible parties under the Comprehensive Environmental Response, Compensation, and Liability Act (CERCLA).

Atlantic Richfield’s response to this was that CERCLA ultimately provides the EPA with the final say as to plans to clean up hazardous waste sites. It further argued that if the supreme court sided with the landowners in allowing them to augment EPA cleanup plans, such a decision would enable hundreds of thousands of landowners to implement their own preferred piecemeal cleanup plans in conflict with the EPA’s nationwide efforts to eliminate hazardous waste. Relatedly, many Superfund experts believe that allowing landowners to raise concerns about EPA cleanup plans before the original plan is even fully completed could create confusion and chaos for other federal remediation plans.

During the Supreme Court’s questioning, the justices seemed wary of accepting the landowners’ position that the EPA’s original plan amounted to a permanent easement to store arsenic and lead on the landowners’ properties. Unless the landowners were allowed to seek an alternative remedy. Justice Breyer directly pushed back on this argument, referring to the invocation of an easement as an overstatement, and suggesting that a better remedy for the landowners might be to go to the state court and argue simply that the EPA had issued an unreasonable cleanup plan. Justice Roberts went even further, suggesting that the EPA may have deliberately left out cleanup provisions specifically relating to polluted groundwater and that this omission was by design.