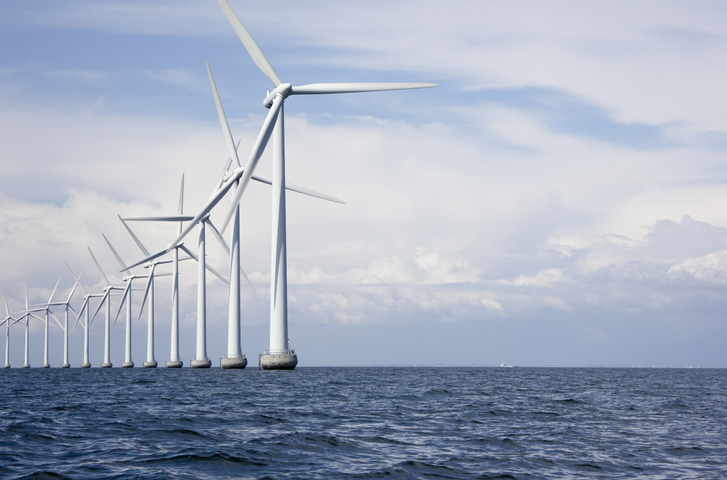 New Jersey and New York are leading the way with respect to the ongoing development of renewable energy sources,  in particular, as it relates to the procurement of offshore wind projects expected to produce renewable power for hundreds of thousands of homes in each state. There has been recent activity in both states’ efforts to make these projects a reality with New Jersey Gov. Phil Murphy issuing Executive Order No. 92 on November 19, 2019, which more than doubles the New Jersey’s offshore wind goal to 7,500 megawatts by 2035, and, with the October 23, 2019 announcement that the New York State Energy and Development Authority (NYSERDA) finalized contracts for the procurement of offshore wind projects as part of Phase 1 of the state’s program that has a goal of procuring 9,000 megawatts of offshore wind by 2035. In addition to reducing carbon emissions, each state estimates that the commitment to developing offshore wind programs will result in significant benefits in the form of billions of dollars in economic investments and thousands of new jobs.

Gov. Murphy’s enactment of Executive Order No. 92 is the latest effort in his administration’s ongoing commitment to establishing an offshore wind program in the state. The executive order raises New Jersey’s offshore wind goal from 3,500 megawatts of offshore wind-generated electricity by 2030 to 7,500 megawatts by 2035, which is part of the state’s goal of 50 percent renewable energy by 2030 and a 100 percent clean energy economy by 2050.

Gov. Murphy wasted no time pushing the offshore wind agenda at the start of his term when he issued Executive Order No. 8 on January 31, 2018, just weeks into taking office. Executive Order No. 8 directed the New Jersey Board of Public Utilities and other state agencies to implement the Offshore Wind Economic Development Act (OWEDA), in order to promote the development of offshore wind energy to meet a goal of 3,500 megawatts by 2030. OWEDA directed the Board of Public Utilities to establish an Offshore Wind Renewable Energy Certificate (OREC) program, which establishes an offshore wind funding mechanism and determines how revenues earned from the project flow back to ratepayers. To receive ORECs, developers must demonstrate positive economic and environmental benefits for the state.

Thereafter, the Board of Public Utilities issued a solicitation for 1,100 megawatts of offshore wind energy and awarded the project known as, Ocean Wind, to a company by the name of Ørsted out of Demark in June 2019. The board also developed a proposed timeline to consider two future solicitations for 1,200 megawatt projects to take place in 2020 and 2022.

On August 16, 2019, Gov. Murphy issued Executive Order No. 79, which established the Council for the Wind Innovation and New Development Institute (WIND Council) in order to develop a plan for the creation of an institute for education, research, innovation and workforce training related to the ongoing development of offshore wind in the State.

In January 2019, New York Gov. Andrew Cuomo announced the Green New Deal, which mandates that New York’s power be 100 percent carbon-free by 2040, and which increases the State’s Clean Energy Standard mandate from 50 percent (as per the 2015 New York State Energy Plan) to 70 percent renewable electricity by 2030, with a quadrupling of the offshore wind target to 9,000 megawatts by 2035. In furtherance of these goals, on October 23, 2019 Gov. Cuomo announced that NYSERDA finalized contracts with Equinor Wind US LLC for its 816-megawatt Empire Wind Project and Sunrise Wind LLC (a joint venture of Ørsted A/S and Eversource Energy) for its 880-megawatt Sunrise Wind project.

Continue to visit the Environmental Law Monitor for ongoing updates regarding the Offshore Wind Projects.