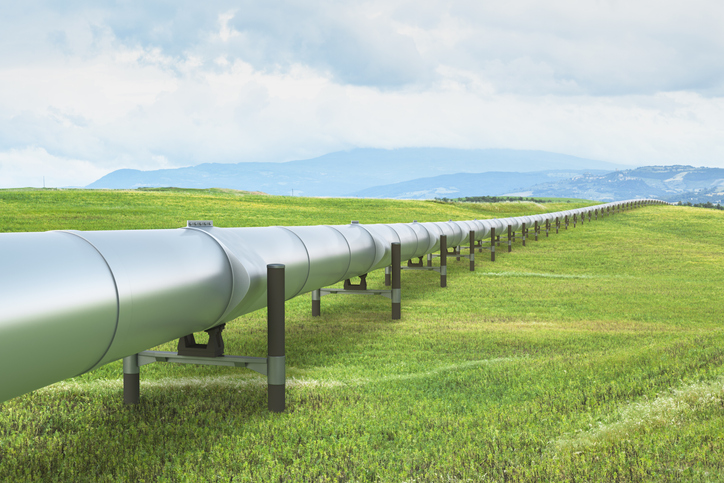 The United States Federal Energy Regulation Commission (FERC) has issued an order holding that the New York Department of Environmental Conservation (DEC) waived its authority under the Clean Water Act to issue or deny a water quality certification for the proposed Constitution Natural Gas Pipeline because DEC failed to act in a timely manner.

Entities proposing to construct interstate natural gas pipelines are subject to a multitude of state and federal permitting regulations and statutes. One such requirement, as scrutinized and decided by FERC in this case, falls under Section 401(a)(1) of the Clean Water Act, stating that an applicant seeking to construct any facilities that could result in discharge into navigable waters, first must obtain a “water quality certification” from the state where the discharge could occur. Critically, if the issuing state agency fails or refuses to act on a request for certification within one year from the date of receipt of the application, the certification requirement is waived. Section 401(a)(1).

Here, in a unanimous decision, FERC emphasized a strict interpretation of the one-year application time frame under Section 401(a)(1), determining that it cannot be extended, even if the application is withdrawn and resubmitted. The FERC stated that “[t]he record […] indicates that [DEC] encouraged Constitution’s withdrawal and resubmission of its application for the purpose of avoiding the waiver period.” (Docket No. CP18-5-000, et al. at pg. 13, ¶ 33). Citing the recent D.C. Circuit Court of Appeals decision in Hoopa Valley v. FERC, the FERC determined that the one-year decision period is a bright-line rule that cannot be extended via bilateral agreement. As such, even when there is a written agreement to delay water quality certification or a withdrawal and resubmission occurs, both such circumstances constitute a failure and refusal to act under Section 401 by a state issuing agency and therefore, in this case, DEC waived its authority.

In fact, the issue of whether a state agency may defer the date of receipt of a water certification application under Section 401 of the Clean Water Act was recently addressed head-on by the Second Circuit Court of Appeals New York State DEC v. FERC. There, the court found that the “withdrawal-and-resubmission scheme” to create an extension was contrary to the plain language of the statute since there is nothing in the Clean Water Act that would justify such a maneuver. Moreover, policy considerations have been mentioned in support of strict interpretation, such as the interest in providing certainty around deadlines for state action.

The proposed Constitution Pipeline is a new 30-inch diameter, approximately 125-mile long, pipeline with a capacity to transport 650,000 dekatherms of natural gas per day (enough natural gas to serve about 3 million homes) from the Marcellus Shale formation in Pennsylvania into various counties in New York.  The legal certification process to build and operate the pipeline began in 2014 when FERC issued its Final Impact Statement and Order granting a Certificate of Public Convenience and Necessity. These documents signified approval to build and operate the pipeline, as well as detailed the conditions of approval, the final route, and construction and environmental mitigation measures.

Later, in 2016, DEC denied the pipeline builder’s water quality permit application for failing to meet New York state’s water quality standards. DEC’s 2016 decision indicated that the Constitution Pipeline would infringe on approximately 250 streams and that pipeline builders did not provide a comprehensive analysis of the environmental impact of the pipeline’s burial. That decision halted construction operations while the instant appeal was pending with FERC.

While the instant ruling by FERC brings natural gas one step closer to a reality for residents of New York, the lengthy permitting process for the pipeline is ongoing.  Despite FERC’s ruling that DEC waived its right to issue or deny a water quality certificate, one must be obtained from the U.S. Army Corps of Engineers, in addition to approval from the Pennsylvania Fish and Boat Commission, as well as other permits in order to officially begin construction.