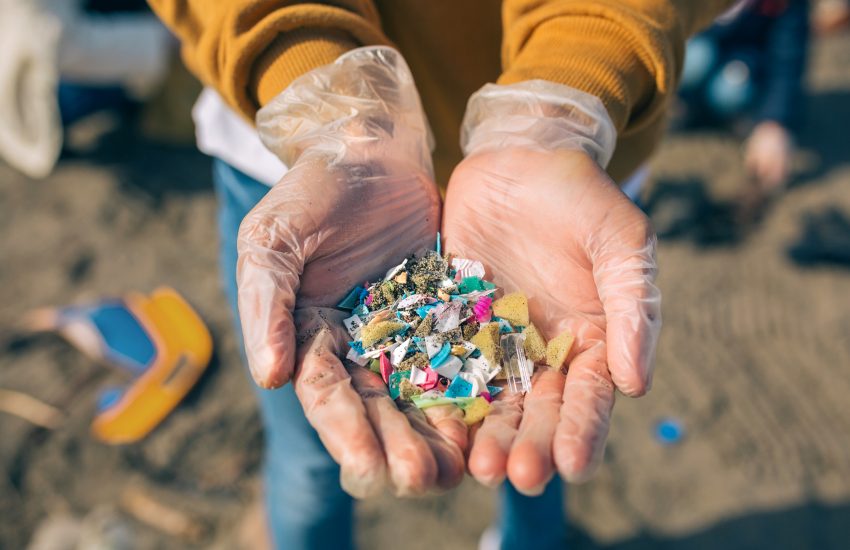 The presence of microplastics—fragments of plastic smaller than 5 millimeters—is ever increasing across all types of environments, from cities to waterways. Moreover, microplastics do not biodegrade easily; the process can take hundreds of years. The ubiquity of durable microplastics in our environment, and the challenges we face in removing them due to their small size, has resulted in a significant amount of research intended to assess the ways by which microplastics can be eliminated.

A recent study in ACS Applied Materials & Interfaces is the latest of such assessments. The scientists who prepared the study sought to produce a sunlight-propelled catalyst that moves toward and then attaches onto microplastics and breaks them down. Notably, however, making the catalyst and microplastics come into contact with one another is challenging in that this requires pretreatments or unwieldy mechanical stirrers, which are difficult to scale up.

The study ultimately showed that self-propelled swimming bacteria-sized metallic “microrobots” can attach to plastics and break them down. Specifically, the scientists coated star-shaped particles of bismuth vanadate with magnetic iron oxide. The particles—the microrobots—swam down channels, interacting with microplastics along the way. The scientists observed that the microrobots strongly attached to four common types of plastics. After illuminating the different plastic types covered with microrobot catalysts for seven days in a diluted hydrogen peroxide solution, scientists observed that:

Based upon these findings, the scientists concluded that these microrobot catalysts hinted at the possibility of building a system that can capture and degrade microplastics in locations that are otherwise difficult for humans to reach. The scientific community—and the world—must wait and see if this possibility can move beyond proof-of-concept and, indeed, put the prospect of microplastics elimination via microrobots within human reach.