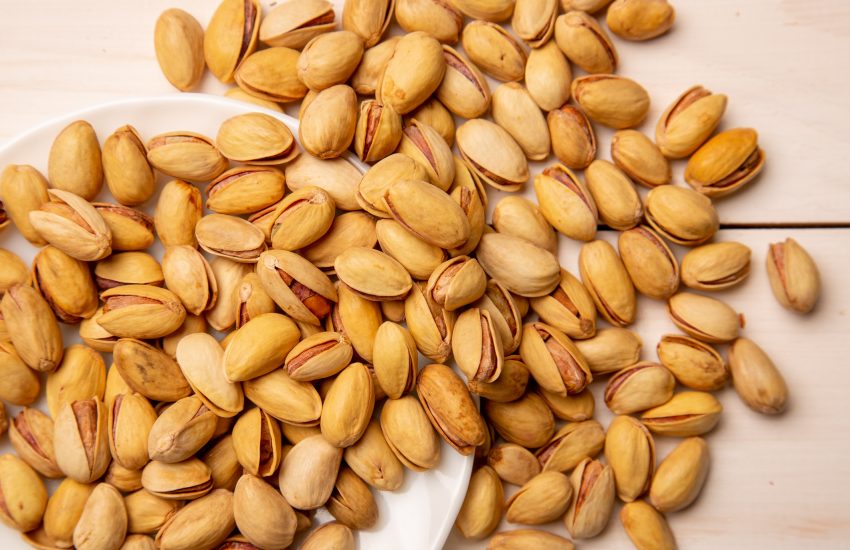 So you thought pistachio was just an underrated ice cream flavor or the in-vogue topping to that savory encrusted salmon recipe trending on social media. Think again—pistachios (along with some other unexpected resources) have upped their culinary game and are helping to decarbonize the cement industry by serving as an alternate, carbon-free fuel source for industrial manufacturers. The cement industry may take the credit for tapping into this underutilized resource, more specifically the pistachio shell, to fuel its cement kilns. However, Turkey was first keen to the benefit of the pistachio nut in 2014, recognizing that there was an innovative way to repurpose the biomass from abundant pistachio waste into ethanol. Typically, the inedible pistachio shells end up in landfills, but the Turks turned the unwanted waste into biogas, an alternative fuel produced by the breakdown of organic matter. Today, U.S. cement manufacturers are following Turkey’s leadin response to California’s recent passing of Senate Bill 596, the nation’s first law mandating cement makers to reach net-zero emissions by 2045.

Also known as the Cement Decarbonization legislation, SB 596 is earmarked as the nation’s first law to enforce cement makers to reach net-zero emissions by December 31, 2045. The law not only puts the cement industry under increased public scrutiny, but also heightens regulatory surveillance by requiring California’s Air Resource Board (CARB) to (1) define a metric for GHG intensity; (2) monitor emissions data; (3) set a baseline to measure emissions reduction progress; and (4) evaluate measures to support market demand and financial incentives to encourage the production and use of low-carbon cement. While SB 596 targets 2045 for achieving net-zero carbon emissions, it also sets a more imminent and ambitious midterm goal to reduce emissions by 40 percent in less than seven years.

Why is California targeting the cement industry? The answer is in the compelling statistics:

In addition to California’s aggressive legislation to decarbonize the cement industry, the cement industry is also facing a coalition of business and environmental groups incited by new ESG initiatives who are actively lobbying for the federal government to buy lower-carbon cement and concrete, in turn, making cement a hot commodity. In fact, private investors, as well as the government at both state and federal levels, are increasingly requiring environmental impact assessments to evaluate carbon emissions before deciding whether to commit funding.

Nonetheless, the cement producers are primed to respond accordingly. SB 596 comes at a time when the cement industry is already making valiant strides toward lowering its carbon emissions input. For example, cement plants in California have been experimenting with burning coal, natural gas, and petroleum coke, as well as tires, woodchips, and pistachio shells, for some time, all the while implementing carbon capture systems to store emissions byproduct for use in the manufacturing of its very own product.

In response to the legislative, regulatory, and financial pressures, the cement industry is looking at other innovative ways to achieve net-zero. Interestingly, for example, under SB 596 it is permissible for cement manufacturers to off-load carbon emissions from a proximate, but alternate type of factory and in turn add the captured carbon to the cement making process. This would offset the amount of carbon emitted by the cement plant itself.

Concrete makers in the Golden State are buying in to SB 596 and its ambition to develop a strategy for achieving full-scale industrial carbon neutrality. California routinely leads the charge in setting environmental policy, and many states often follow suit. Not surprisingly, New York, New Jersey, and Colorado have initiated similar legislation to tackle the issue of greenhouse gas emissions from their industrial and building sectors, but California’s ambitious new law beat these states to the finish line. Nonetheless, we can expect cement makers globally—and likely other industrial manufacturers known for high-yield carbon emissions such as the steel and energy sectors—to experiment with the newly famed pistachio shell and alternate fuel sources. Alas, naysayers, one thing is for sure: the pistachio may indeed be the next and most underestimated hero in the fight against climate change.