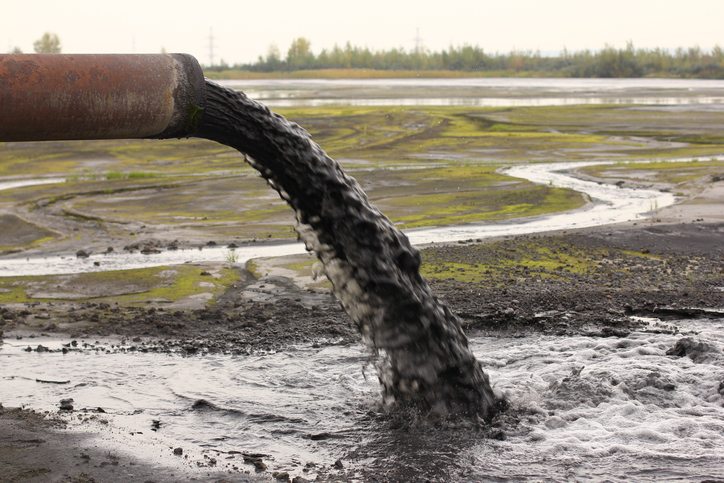 A collection of environmental groups have released a report claiming that the vast majority of coal ash ponds in the United States have leaked toxic chemicals into nearby groundwater. The report, based on monitoring data released by 250 power plants, found that 91 percent of the nation’s coal-fired power plants reported elevated levels of at least one contaminant such as arsenic, lithium, chromium and other pollutants in nearby groundwater. The report also claims a majority of the plants reported having unsafe levels of at least four different contaminants. In addition, the report states that few coal ash waste ponds have waterproof liners to prevent harmful substances from leeching into groundwater, and more than half are built beneath the local water table or within five feet of it.

The data became publicly available for the first time last year because of a 2015 regulation. Often referred to as the “Coal Ash Rule,” the 2015 regulation required power companies to monitor groundwater from wells near coal ash ponds and make the data public. Since May 2018, information from more than 550 individual coal ash ponds has been made available. The coal plants included in the analysis represent roughly three-quarters of all coal facilities in the U.S. In addition to the monitoring provisions, the 2015 regulations dictated how coal ash must be stored.

The 2015 regulations were recently eased by the Trump administration. In July 2018, the Environmental Protection Agency allowed for an additional 18 months for dumping coal ash in unlined ponds. The move was made to “provide states and utilities much-needed flexibility in the management of coal ash” and save utility companies as much as $31m a year, according to Andrew Wheeler, EPA administrator.

The report does acknowledge that the groundwater data alone does not prove that drinking-water supplies near the coal waste facilities have been contaminated.

The EPA released a statement that it is reviewing the report and noted that the groundwater monitoring required by the 2015 rule was a first step in a process intended to assess contamination from coal ash storage sites. “Where contamination is detected above specified levels, the regulations require the owner or operator of the facility to initiate measures to clean up the contamination,” EPA spokesman John Konkus said. He added that companies are required to be transparent about what remedial actions are implemented.

This report marks just the first stage of the analysis of the data released by the power plants. Interested stakeholders will now likely move forward to attempt to link the groundwater findings to issues with drinking-water supplies. If successful, those efforts will likely lead to a significant volume of litigation against the power plants for injuries ranging from property damage to personal injury for the purported contamination. In addition, the state of the Trump administration’s efforts to ease the 2015 regulations will likely be met with additional legal challenges. An August ruling in the U.S. Court of Appeals for the District of Columbia Circuit had already determined that parts of 2015 regulation were not stringent enough to adequately protect public health. Lawsuits challenging the Trump administration’s actions to ease the regulations are certain to include the data contained within this new report.