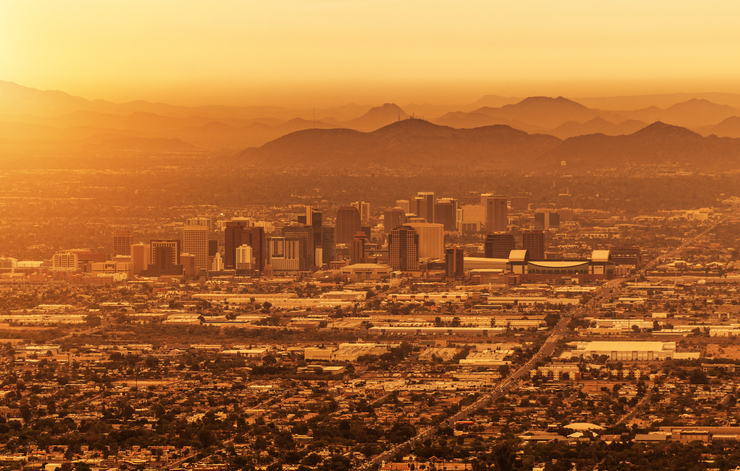 The U.S. Environmental Protection Agency (EPA) has released new data regarding the concentrations of ethylene oxide, a colorless and carcinogenic gas, found in metropolitan areas throughout the country. That data shows that the highest concentrations can be found in Phoenix, Arizona, followed closely by Chicago, Illinois, Calvert City, Kentucky, and Chester, New Jersey.

Ethylene oxide is an industrial compound most commonly used to produce other chemicals or as a sterilizing agent for medical instruments. The EPA released the data as part of an ongoing effort to reduce hazardous air pollutants from miscellaneous organic chemicals, including cutting certain ethylene oxide emissions by 93 percent. The EPA has evaluated the risks posed by ethylene oxide and found it to be unacceptable.

In 2016, EPA upgraded the risk value associated with ethylene oxide. That action prompted the EPA to conclude in 2018 that several areas in the United States might have higher risks of cancer because of long-term exposure to the chemical. As a result, the EPA began to measure ethylene oxide in 34 air-monitoring stations throughout 16 cities.

The ethylene oxide concentrations in Phoenix, as well as that of the 16 other cities it took samples from, exceed the threshold at or below which no adverse health effect is anticipated for a lifetime of exposure.

As the Environmental Law Monitor has previously reported, the ethylene oxide findings in the Chicago area have led to a facility closing, as well as proposed legislation to limit a company’s ability to release the chemical. Officials in the Phoenix area are already moving forward with actions based on this new data. A spokesperson for the Arizona Department of Environmental Quality, said that the department and the Maricopa County Air Quality Department were aware of the data, and that they have reviewed a list of facilities that received air-quality permits from the county that also emitted ethylene oxide. The agencies are now working with the EPA to further evaluate the data.

We’ll continue to monitor the EPA’s actions on ethylene oxide, with an eye towards the inevitable litigation to follow this new report.