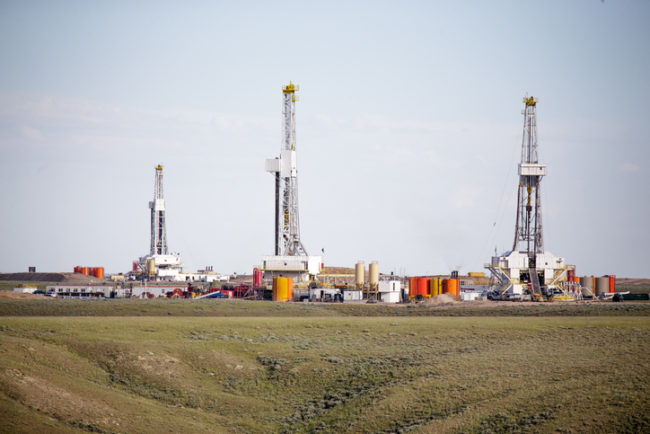 The intermediary appellate court’s decision centered on the interpretation of Pennsylvania’s rule of capture, which allows companies to drain a natural resource, including oil, gas, or water, from beneath property they do not own so long as they do not trespass on the surface level of the land. In its ruling, the Superior Court noted that the rule is based on the idea that ownership of underground pools of gas or oil cannot be determined because the resource naturally migrates across property lines.

For decades, drillers have operated under the rule of capture to extract underground substances that span across multiple parcels of land. Traditionally, one property owner could drill a well adjacent to a neighbor and use it to extract oil or gas from the neighbor’s property without paying the neighbor. The neighbor would have no recognized property right to preclude the extraction of the substance — potential recourse being to “go and do likewise,” by drilling a separate well on one’s own property and syphon underneath the adjacent parcel, according to long standing Pennsylvania case law.

However, according to Briggs, the rule of capture no longer applies to natural gas extracted via hydraulic fracturing in that part of Pennsylvania’s Marcellus Shale. The court stated that the rule does not apply because natural gas does not accumulate underground in a natural reservoir in the same fashion as oil and other substances, and therefore natural gas is dissimilar. The court explained that the rule of capture is premised on a flow that occurs “solely through the operation of natural agencies in a normal manner, as distinguished from artificial means applied to stimulate such a flow.” The court further determined that the shale gas contained in the Marcellus region “does not merely ‘escape’ to adjoining land, absent the application of an external force” and “unlike oil and gas originating in a common reservoir, natural gas, when trapped in a shale formation, is non-migratory in nature.”

The court also set forth policy support for its decision by noting that the rule of capture does not give a gas driller any incentive to negotiate with small property owners because it could use the hydraulic fracturing process to create an artificial channel beneath an adjoining property and withdraw natural gas from beneath the neighbor’s land without paying a royalty. Briggs at 22-23. Now, because one court has determined that the rule of capture no longer applies to fracturing, trespass claims may be considered fair game for neighboring property owners.

At this early juncture, it’s unknown whether the ruling will be appealed to the Pennsylvania Supreme Court. For now, the decision sets some precedent that could significantly impact property rights in the shale-rich state. For example, we may see trespass-related claims rise and more extensive expert discovery concerning the extent of gas stemming from a particular property. We’ll report back on any developments related to this important decision impacting the natural gas industry.