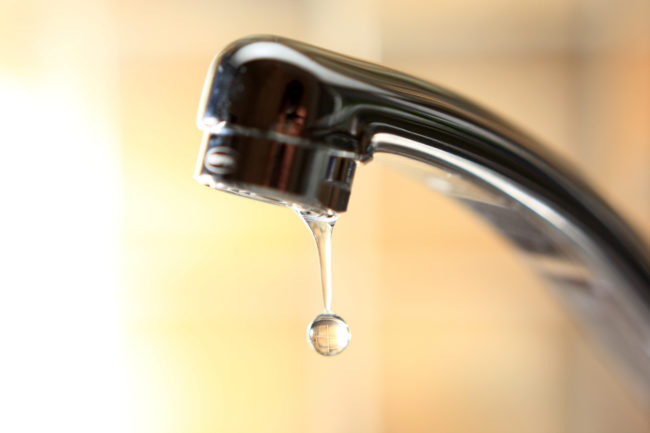 If you’ve been following PFAS-related news you’ll know that Michigan has been one of the hardest hit states when it comes to this emerging contaminant. The state is one of a handful in the nation to take the lead in attempting to set some of the nation’s toughest drinking water limits for per- and polyfluoroalkyl substances (PFAS).

Earlier this year, a Michigan state sponsored scientific workgroup proposed new health threshold limits for various PFAS compounds as Michigan seeks to set some of the most stringent enforceable maximum contaminant levels (MCLs) in the country. The new levels proposed, which are measured in the parts per trillion (PPT), include PFNA at 6 PPT; PFOA at 8 ppt; and PFOS at 16 ppt.

Currently, at the federal level, United States EPA has set a lifetime health advisory (LHA) limit at 70 PPT combined for PFOA and PFOS, but that number isn’t enforceable and many believe it isn’t nearly stringent enough. Michigan plans to issue its final draft numbers in October 2019 and is aiming to have enforceable PFAS standards and limits in 2020.

As an aside, it’s important to put into perspective when measuring contaminants in the PPT that a single PPT is essentially the equivalent of one drop of water in 20 Olympic-size swimming pools.

With this backdrop, earlier this month, Michigan’s Department of Environmental, Great Lakes, and Energy (EGLE) released a report that describes the findings from its 2018 PFAS Sampling of Drinking Water Supplies in Michigan.

The study examined drinking water samples from 1,741 facilities, including community water supplies (CWS), schools, daycares, and tribal locations that utilize groundwater and/or surface water as their sources for drinking water in order to verify that these water supplies are protective of the populations that they serve and free from concentrations of PFAS above the federal lifetime health advisory limit. These facilities serve approximately 7.7 million of the 10 million members of the Michigan population.

The results of the study reveals that only two of these facilities (serving a cumulative population of 3,500) had total PFAS concentrations greater than U.S. EPA’s LHA limit of 70 PPT combined for PFOA and PFOS, including the City of Parchment and Robinson Elementary School located in Robinson Township Michigan. Immediate steps were taken to address these two facilities, including the issuance of bottled water to the residents impacted and switching over to a new water supply.

In sum, almost 90 percent of the total sampled locations reported no-detect for PFAS.

Notwithstanding this overall good news in that 90 percent of the locations were non-detect, the EGLA recommended that all CWS, schools, daycares, and tribal entities perform annual monitoring of the drinking water supplies that did not detect PFAS or had a total PFAS concentration below 10 PPT to demonstrate that the concentrations are consistently and reliably below the health advisory level. It also requested all CWS, schools, daycares, and tribal entities that reported a total PFAS concentration above 10 PPT to collect a confirmatory sample within one month and continue monitoring for PFAS on a quarterly basis to demonstrate the concentrations of PFAS are consistently and reliably below the existing LHA.

To further investigate potential causes of any increased PFAS concentrations and to examine the drinking water quality of additional types of locations, the EGLA has sought to conduct a couple of follow-up studies. First, it has established a 2019 monthly PFAS sampling program of the locations tested in this 2018 study so as to evaluate whether there are fluctuations in PFAS concentrations in surface water over time. In addition, to continue to evaluate the potential impacts of PFAS at additional locations in Michigan, the agency has initiated a Phase 2 Sampling Program that is to include approximately 590 additional locations for drinking water sampling, including adult foster care providers, children camps, various industries, medical care facilities, offices, motels, and parks.

Ultimately, the goal is to assure that the state’s drinking water sources are being properly monitored for harmful concentrations of these substances and to develop proper mechanisms to respond to and resolve any instances of PFAS concentrations above the LHA.

Michigan serves as a good example of certain impacted states in the nation who aren’t waiting for the federal government to adopt a uniform approach to this problem. These actions, however, are leading to a patchwork of state laws and regulations that require companies and the regulated community to be constantly aware of and up-to-date on in order to navigate.