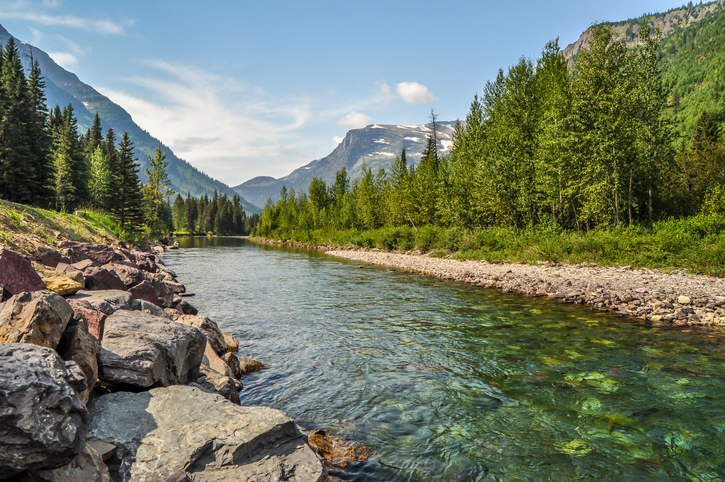 As previously discussed in the Environmental Law Monitor, the Trump Administration has taken action throughout 2020 to narrow the scope of which wetlands and waterways are protected under the Clean Water Act (CWA). The recently limited rule took effect on June 22, 2020, which in essence, opens the doors for developers anxious to get to work ahead of future legal action and the 2020 presidential election.

The EPA first unveiled its planned Navigable Waters Protection Rule in January 2020. The regulation, also known as the Waters of the U.S., or WOTUS, rule, is now the law of the land in every state but Colorado, retracts federal oversight of up to half the nation’s wetlands and 18 percent of streams— many of which had been protected since the Reagan administration. Colorado’s position as being the sole state refusing to comply with the WOTUS rule is very significant, and is worthwhile to monitor.

Colorado water quality regulators have attempted to fast-track new rules shielding streams that have been left unprotected by the loosened restrictions. The proposed CO legislation, which was never formally introduced, sought to provide the state with limited authority to review major homebuilding and road construction projects that could pose harm to streams formerly protected under the CWA. As a result of the shortening of the legislative session due to the COVID-19 shutdown, however, the Colorado Department of Public Health and Environment stated it could not meet the requirements lawmakers requested. On June 19, 2020, a federal judge issued a preliminary injunction preventing the application of the amended CWA in Colorado. The state of Colorado successfully sued the EPA and the U.S. Army Corps of Engineers in the U.S. District Court for the District of Colorado, obtaining a preliminary injunction pending a review of the state’s claim that the two agencies violated the Administrative Procedure Act (APA) in finalizing the rule.

Historically, very few states have ever sought to assume what’s known as 404 dredge and fill permit requirements. Section 404 of the Clean Water Act (CWA) establishes a program to regulate the discharge of dredged or fill material into waters of the United States, including wetlands. Activities in waters of the United States regulated under this program include fill for development, water resource projects (such as dams and levees), infrastructure development (such as highways and airports) and mining projects. Section 404 requires a permit before dredged or fill material may be discharged into waters of the United States, unless the activity is exempt from Section 404 regulation (e.g., certain farming and forestry activities). While Colorado’s legislative efforts did not extend into a complete 404 dredge and fill permit request, the officials attempted to create “gap-filling” legislation to protect the state’s wetlands.

Unlike many states surrounded by large navigable waters, Colorado and other West-Coast states rely on shallower streams. While there has been much contention over the various presidential administrations regarding the applicability of the CWA to these streams, deregulation under the WOTUS rule will essentially eliminate protections previously afforded to thousands of miles of streams. As the contentious battle presses on with the federal government, it will be very interesting to see what regulations will be placed on Colorado streams, and the timing of any regulations in conjunction with the 2020 Presidential Election.