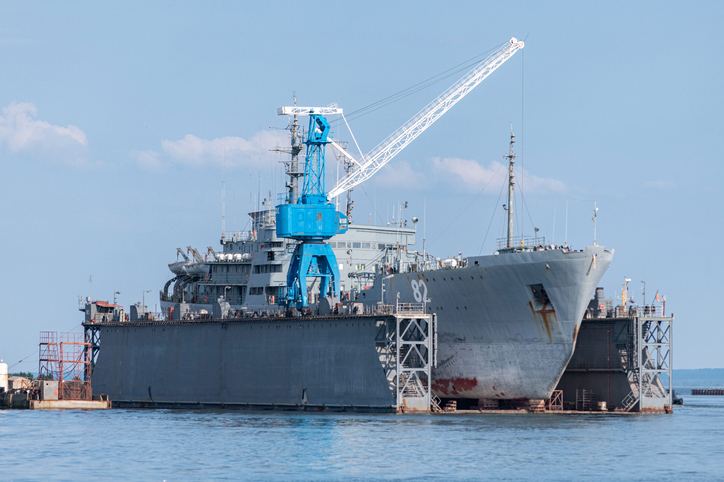 Our readers are well aware of the ongoing debate on whether perfluorooctane sulfonate (PFOS) and perfluorooctanoic acid (PFOA) (commonly known, together, as PFAS) should be designated as hazardous substances. Despite the constant attention these compounds receive, they are yet to be designated. There is a recent case out of the U.S. District Court for the Eastern District of Pennsylvania that highlights the legal significance while employing some basic principles.

In Giovanni, et al. v. United States Dep’t of the Navy, individual plaintiffs discovered that PFAS chemicals from nearby Navy facilities had infiltrated their water supply. They sued the Navy under Pennsylvania’s Hazardous Sites Cleanup Act (HSCA)—the state’s version of CERCLA—seeking costs for medical monitoring and an order requiring the Navy to perform a health assessment and health effects study of residents affected by the contamination.

The Navy filed a motion to dismiss based on sovereign immunity and the absence of PFAS as a designated hazardous substance. Initially, the court found that the Navy—a government agency that must explicitly waive its immunity before it can be sued—in fact had previously waived such protection under the Resource Conservation and Recovery Act (RCRA), allowing for suits for the costs of private party medical monitoring. However, the case is not significant for that point. In the alternative, the Navy argued successfully that the plaintiffs had no action because they failed to state a claim.

The Navy argued that because the Pennsylvania statute requires a release of a hazardous substance, The plaintiffs’ claims could not stand because PFAS lacked such a designation. The court rejected the plaintiffs’ argument that PFAS is a “hazardous waste under…the Solid Waste Management Act (SWMA)…”, and by extension failed under the HSCA.

In using principles of interpretation—such as, “when different words are used in the same sentence of a statute…courts should construe the test in a way that gives each word ‘independent meaning'” and when one section of a statute contains a particular provision, the ‘omission of the same provision from a similar section is significant to show’ a difference in meaning between the two sections”—the court found that “merely having the essential qualities of a hazardous waste under SWMA’s statutory definition is not enough to be a hazardous substance under HSCA.”

In explaining further, the court stated that the four characteristics of hazardous waste, (ignitability, corrosivity, reactivity, and toxicity), were not alleged by the plaintiffs to apply to PFOS or PFOA. But even if the subject compounds did not have any of the four characteristics, they could still be classified as such if listed as a hazardous waste—neither of which is. One element of seeking the costs of medical monitoring is alleging exposure to a proven hazardous substance (not a contaminant or a public nuisance), the court dismissed plaintiffs’ action.

In rejecting the plaintiffs’ final argument, the court reminded the litigants that its job is to apply the law as it is, not what it might be in the future. The plaintiffs argued that PFAS’ classification as a hazardous substance is imminent and therefore should give rise to a private right of action under the HSCA. The court disagreed: “The issue is not whether someone in Harrisburg or Washington may someday mold the law to Plaintiffs’ current theory. The issue is whether the Plaintiffs can state a claim for relief under the current law…” That they could not do.